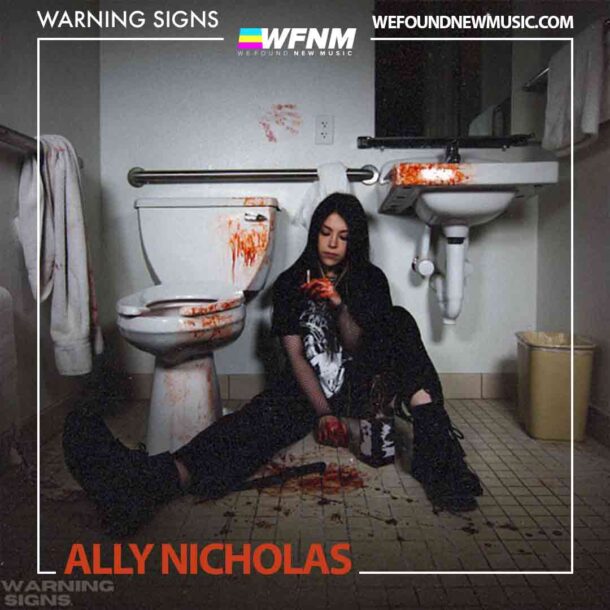 Originally hailing from the suburbs of Chicago, Ally Nicholas is a 22 year-old alternative artist with a voice that is sultry, timeless and wistful. Her voice has another era quality to it like a 40s crooner with a modern edge to it. Her songwriting is an interesting juxtaposition between sweet vocals and morbid lyrics exemplified in her second single, “Feels Like Dying”.

“Warning Signs” is Nicholas’ latest track and is a banger that oozes coolness with a chest pounding beat, and Nicholas’s signature dark lyrics.

According to Nicholas, the track, produced and co-written by Ben Epand, of KidEyes, is about ignoring all the red flags in a toxic relationship. Drawing on inspiration from the film “Fatal Attraction”, the track takes a look from the point of view of a “crazy girl” wronged by a “narcissist”.