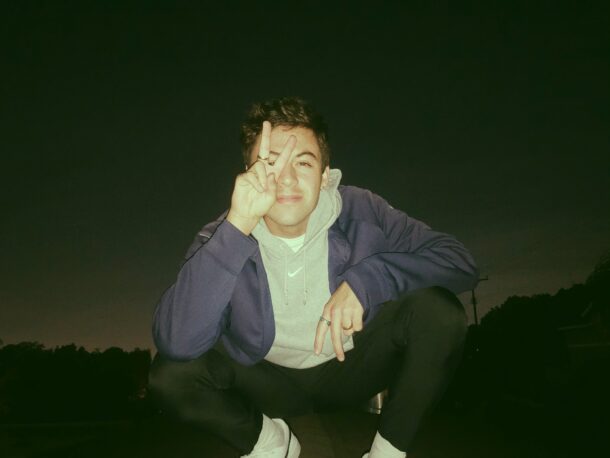 andreas owens – not much (better than before)

Los Angeles-based producer and singer-songwriter andreas owens releases his third single of 2021, “not much (better than before)”, an R&B-infused pop track about making meaningful decisions and being your best self.

The song follows the release of his incredibly lauded debut and sophomore singles – “don’t feel happy ◡̈” and “falling & falling” – both of which were well-received by outlets like Banger Of The Day, DUMMY Mag, Early Rising, Substream Magazine, and We Found New Music, and landed on Spotify’s editorial playlists (Fresh Finds, Fresh Finds: Pop, and Study Break) and TIDAL’s editorial playlist (Rising: Pop).

“not much (better than before)” was inspired by the idea that even though we’re the same person we used to be, in truth, we can always strive to be better just by putting one foot in front of the other and making more thoughtful and meaningful decisions than the last time.

“This feels like one of the most special songs I’ve ever made to date because of how helplessly imperfect it is. Like, I can really hear a lot of the mistakes I made while making it, but somehow I couldn’t find it in me to try and fix everything, or even feign an attempt to make it perfect. Within its imperfections, it feels perfect to me.”

Too often do we get caught up in trying to make tremendous changes when truthfully, change, in whatever capacity, comes from small, incremental steps. We have a propensity to give ourselves more credit for trying, and not always accomplishing. The fact of the matter is: change is more sustainable when it comes slow and gradual, and similarly, Trying to be a better person is best done steadily and thoughtfully.

Self-producing artists are the pioneers of today’s and tomorrow’s music world. I’m so impressed and inspired by this artist and his ability to bring projects to completion, even through self-admitted insecurity, and instead finding confidence and pride in the imperfect — something we all need to find in our artistic and creative approach! So excited to hear what’s next from this fast rising young artist, who is clearly on a roll.