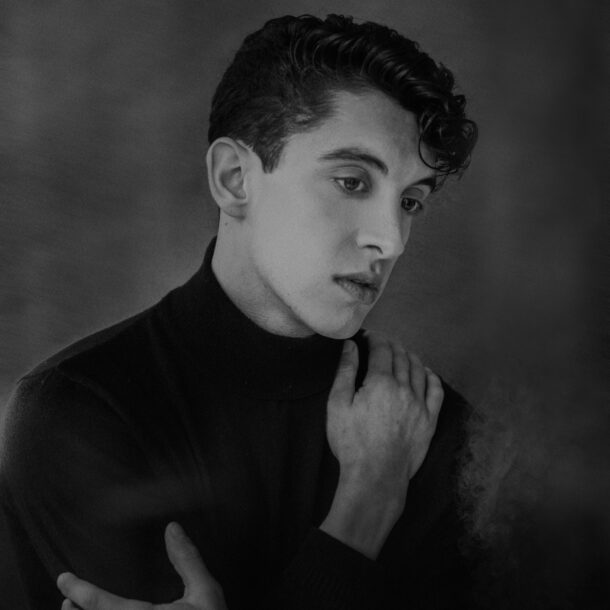 “Drowning” delivers a dual vision of the warmth felt when your cry for help is well-received alongside the fear and hesitation that comes from deciding whether or not to ask for help in the first place. Using music to communicate his personal truth, Armen continues to explore new sounds.

“Drowning” is a creative collaboration with Blackbear, Mike Posner and T-Pain credited producer Rad Cat, meant to kick off the new year with intense vulnerability and a danceable fluidity throughout.

“This past year, at times I found myself hesitant to reach out to others for help when I needed it. I held back out of fear of being perceived as weak or because it felt like I was imposing an unnecessary burden on someone else. However, when I finally built up the courage to ask for help I was met with incredible empathy and understanding.”

Armen’s recent work as a songwriter & artist has tapped into the indie pop, dance and hip hop worlds. Having produced a prolific catalog of work in 2020, Armen had the opportunity to collaborate with some of his musical idols including dance/pop icon Moby. With multiple releases on global dance label, Armada Music, Paul’s work has received support from top international artists, including R3HAB, Sam Feldt, & Lost Frequencies among many others.

Currently based in NYC, Armen has been writing music since his teenage years. Having developed an organic passion for it, he enjoys writing for both himself as well as other artists. His goal is to use music as a way to speak his truth and by doing so, he hopes to make his story relatable and understandable to others. There’s no doubt that his very humanized approach has been wildly effective.

Thankful that there are artists like Armen who so vulnerably share their experience during this wild time, its art and music like this that will truly be looked back on as the soundtrack that got us through.