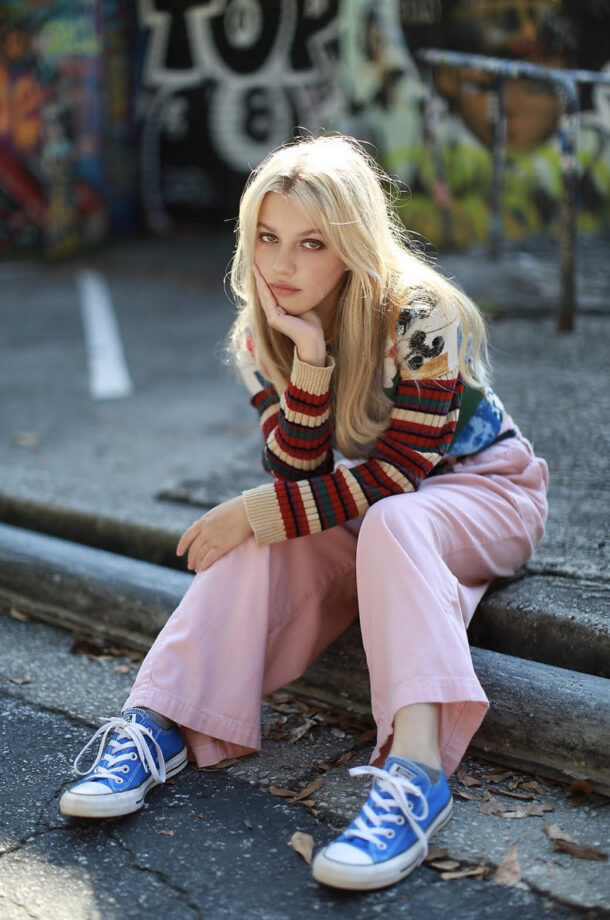 Popular actress and singer-songwriter Ava Grace has released a captivating single “Kite” on all streaming platforms. Metaphorical by nature, “Kite” touches on the tough topic of an unshared desire – when you fall head over heels for someone but they don’t feel the same and in fact, feel the exact opposite.

The story paired with playful melodies lends a lightheartedness to this unrequited love. And Ava’s writing creates a captivating visual landscape, inviting listeners into her metaphorical perspective by allowing imaginations to run free. Seeing herself as the ugly ‘kite’ in her tale, she hopes her music helps people to feel seen and heard. With a voice comparable to an emotive singer like Lorde, Ava has a way of pulling you in and not letting you go until the very last melody.

For just fifteen years old, she is incredibly introspective, and her writing style is both fresh and modern, and theatrical and profund.

Needless to say, she is an up and coming soulful indie pop artist. As a songwriter, she mixes captivating visuals with playful melodies, creating her own unique and original style.

As an actress, she will first be seen in a lead role in Sony’s, “The Honey Girls” from the popular Build-A-Bear collection and she will appear as Tatum in the musical drama Monarch, alongside Susan Sarandon.Ava’s work has received high praises from top celebrity/lifestyle publications like Hollywood Life, Just Jared Jr, Entertainment Weekly and more.