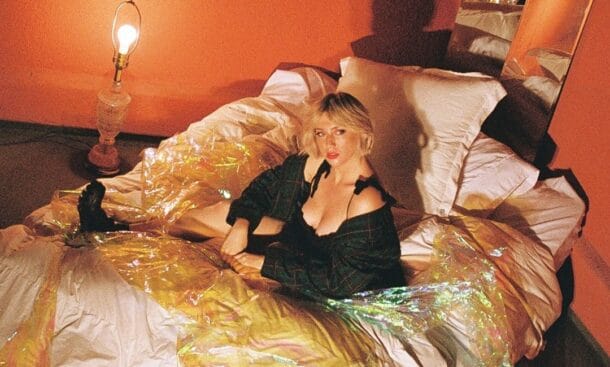 Initially written as a mode of self-healing, Beck Pete’s “Softie” gears up to gift the airwaves with a sonically robust anthem rooted in the message that the right lover will fight for you once you love yourself.

Released as the first single off her upcoming project, “Softie”’s relatable message was inspired by the frustrating realization that she had played a part in the torment of her past relationships. Written as a reminder to only lean into the type of love that truly honors her, Beck’s new song has followed her on an introspective journey through heartbreak, reflection and eventually self-love. Originally entitled “Big Mouth”, the anthemic track asks for initiation; rather than abiding by how women are societally taught to chase after male attention. Further, in this melodic alt-pop hit, Beck asks for a partner to cherish her for who she authentically is, but she realizes first – she must love herself.

“This song is about internalizing your own worth, and in this instance, taking a step back and letting others realize it too. I whisper sang this song over and over to myself in my room with wet cheeks and tired eyes until I finally was able to truly know mine, and if someone else is able to do the same, I’ve done my job.” ~ Beck Pete

“Softie” was written alone in Beck’s bedroom, and finished on a peaceful retreat to Lake Tahoe where she was able to internalize the true message of this song. Beck would later bring music producer Jon Joseph to give the emotional single the anthemic quality that it deserves, as well as the infectious energy that makes the message feel obvious. Now a notable feel good self-empowerment hit, “Softie” fits the vibe of any mid-tempo indie/alternative playlist. Bringing mixing engineer Andy Park on board gave the track it’s final ‘sparkle’ so to speak; now, the hard-hitting anthem fits brilliantly between the intersection of “Scream along in your car”, “Plays well in the background of any setting” and “Cry your eyes out, curse your ex and ultimately, remember to focus on yourself”.

Beck’s relatable new single marks a new beginning for the young artist as she branches away from the depths of heartbreak and instead, embraces a new chapter of self discovery, vulnerability and a gritty acceptance of herself as a beautifully complex human being.