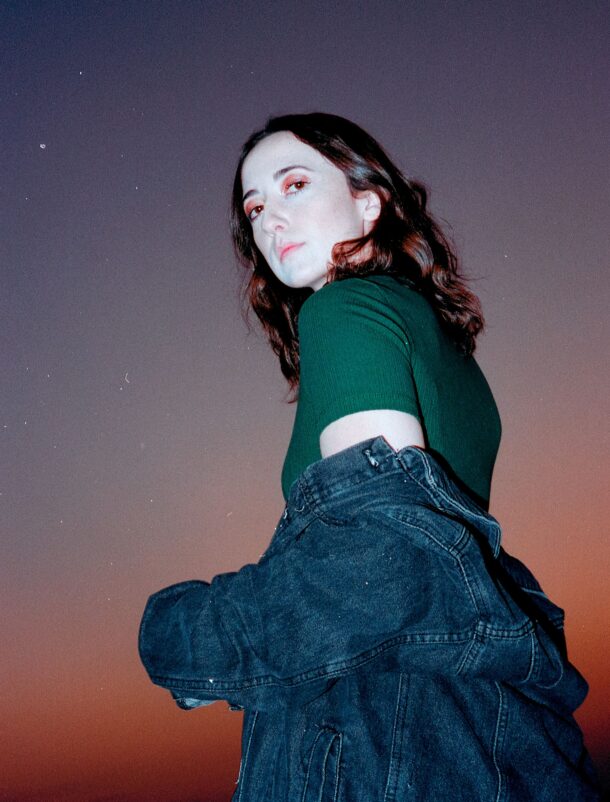 BEL is a talented singer-songwriter who seamlessly combines pop, indie and folk in a sound that that has major nostalgic vibes while still sounding effortlessly modern at the same time. The 25 year old describes her music as very introspective, honest and vulnerable and this is evident in the poetic integrity she brings to her lyrics.  Originally hailing from Clovis, California in the Central Valley, BEL currently resides in Los Angeles after coming here to attend UCLA.

BEL, whose name comes from her childhood nickname for her given name Isabel, grew up doing choir and theater and started playing the guitar and writing songs in high school. She cites her mother as really introducing her to music. A singer and guitar player, BEL’s mom would often come into her classes to sing songs in Spanish. It was also her mother who introduced BEL to artists like The Beatles, Joni Mitchell, Simon and Garfunkel and Fleetwood Mac, all artists who would heavily influence BEL’s sound.

Nowhere are these influences more evident than on BEL’s debut EP “Muscle Memory” which was released at the beginning of July. Although the tracks were written over a period of four years, the entire EP sounds consistent and focused with a strong point of view. Consisting of 5 tracks, “Muscle Memory” takes us on a journey of falling in love then falling out of it, finding yourself at a crossroads and picking yourself up and continuing on with your life. Produced by Jimmy Keeley, the EP has major throwback vibes to the heyday of the 70’s singer songwriters and the Lilith Fair divas of the 90s. Basically like if Joni Mitchell, Sheryl Crow and Liz Phair all had a baby but its BEL unique style and brilliance and keeps it modern and very much her own sound.

The best track on the EP, and also BEL’s favorite, Is “Something Beautiful.” According to BEL, it was written about falling in love.  Its about

“just that carefree feeling of diving into the unknown of this new person and the excitement. I wrote it when I was falling in love for the first time,” BEL said.

A very Sheryl Crow- esque track, it is also the most upbeat song on the EP and really captures the dizzying, giddy whirlwind of falling head over heels for the first time. “Something Beautiful” is a perfect track for driving down along the coast on a hot summer day with all the windows rolled down and the balmy wind blowing through your hair.

Another standout is “Isn’t It Romantic?” which lyrically comes at you from the opposite end of the spectrum. Written about a breakup she experienced just before lockdown, the track feels big and cinematic and with weighty drums and heavier guitar than is used anywhere else on the EP. There’s also a melancholic edge to her voice that you don’t find in any of her other tracks.  Written about how a breakup can feel over dramatic, like the world is ending and can seem more like a movie than real life, this cinematic quality is reflected in the sound of the track.

“I feel like before I’d ever experienced heartbreak, all the movies seemed so melodramatic and ridiculous but when you go through it yourself, you realize how much it does feel like that. It really does feel like this dramatic movie moment,” BEL said.

Up next for BEL is getting back to performing. She will be performing at the WFNM showcase on July 29 and then after that she will be opening for girlhouse in Nashville. Be sure to catch what will undoubtedly be a dynamic performance at Bar Lubitsch on July 29 and stream her debut EP “Muscle Memory” out now.