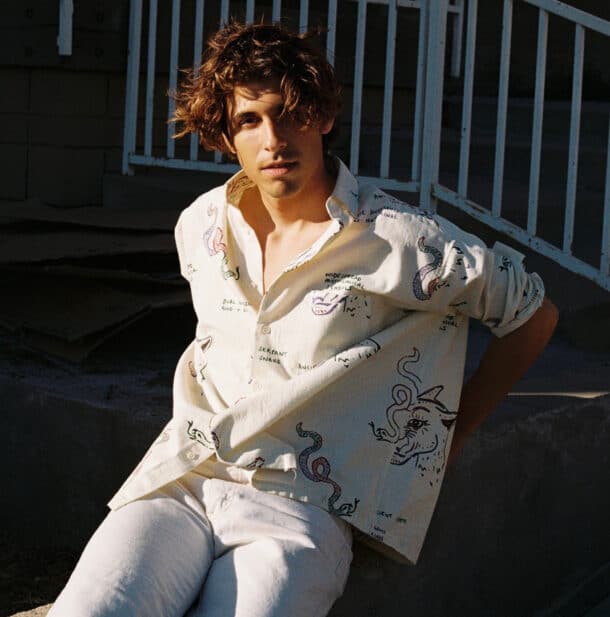 Bronsen Vidas is now Outrunning it.

The last time anyone heard of multi-instrumentalist singer & Songwriter Bronsen Vidas was in late 2021, with the release of “Killing Time”, and for as good as that song was, Bronsen has simply outdone himself in every regard, presenting us with the same unique indie-rock inspired R&B sound but at the service of his catchiest and perhaps most vulnerable and honest song yet.

It’s curious that what we found to be his catchiest tune yet is also the one that seems to have the deepest insight into his internal world. “Outrunning It” is a song that I think a lot of people will generally relate to on some level. Vidas describes it as a “portrait of my life choices and experiences. I’ve traveled all over the US looking for home, and I realized this year that I’m not chasing something, I’m running away from something.” Whatever that “something” he was running from, it eventually caught up to him and he’s decided to face it in the way that every creative knows how: Turning it into a piece of art that is as much for himself as it is for his eager audience.

Adding further poetry to this situation,  the song also heavily features Bronsen’s own piano, as it was recorded inside his current home, also in something of a departure from his previous tracks where his guitar is the lead instrument instead. There’s also of course the constant presence of that groovy and enticing Bass, always delightfully signaling his R&B roots and adding a layer of dynamism to an otherwise somewhat melancholic song.

When comparing this new song to previous releases such as “Chamomile” or “Be Mine For a minute”, It feels like exploring a whole new dimension of Bronsen as a songwriter. A former lounge singer, Vidas’ previous songs have this laidback, young casanova feel to them, as he seemed to favor these very cool lyrics with more than a hint of seduction to them. This song however takes a much more introspective approach, confronting him with his own anxieties and frustrations in a way that is just as cool and dignified as before but lets the listener in a bit into the life of the man behind the music.

Like I mentioned before, this is perhaps his catchiest song yet. Where some artists would have made a subdued and angsty ballad, Bronsen Vidas chooses to accept and learn the lesson, turning his vulnerability into something fun and self-actualizing, and even though there’s a layer of wistfulness to the entire track, his pop sensibilities shine through by making the track just upbeat enough that it stays on-brand with what we’ve heard so far. Still! can’t help but feel like this song sets a before and after in the growing repertoire of this amazing musician.