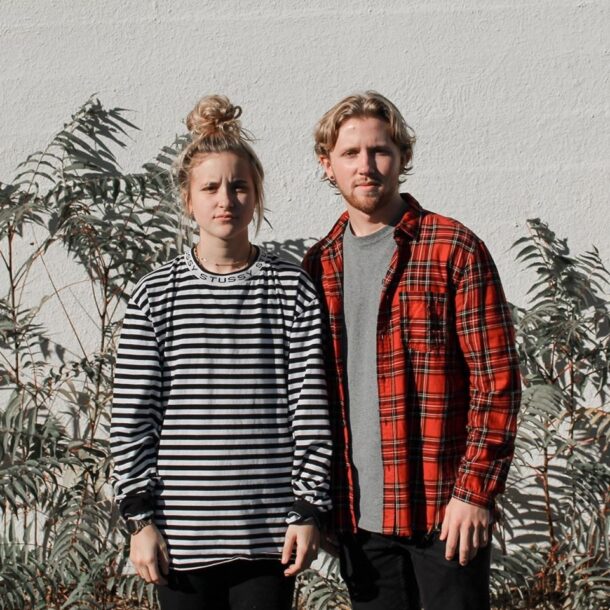 Sibling acts are a special thing. We don’t need to look too far back in history to see what similar genetic makeups and artistic values can mean for the creation of music (*cough* Billie and Finneas *cough*). In fact, these symbiotic relationships have proven miraculous time and time again across genres, from the The Carpenters all the way to the Jackson Five and now indie-pop duo, Chasing Daze.

With the release of their first single, “Change You,” the Oregon-natives have already caught the attention of online music publications such as Ones to Watch, EARMILK, and Lyrical Lemonade, building up steam for their freshman EP Eyes. Following suite for our love of sibling duos, here are four reasons why we are feeling Chasing Daze.

1. Their incredible musicality for such a young age. Though strikingly refined and confident, lead singer Julia is only 16-years-young, while her brother, Ryan, boasts a mere 19 years on earth and manages to produce, mix, and master all of their music. Together these wunderkinds co-write everything, resulting in breezy, feel good jams for any age group.

2. Julia’s tone. Though euphonious, she still has a distinct edge. Almost indicative of post-punk revival vocals but softened with an indie-pop glaze, making the listening experience far too addictive for our own good.

3. Their first release “Change You.” Musically buoyant and carefree, while the lyrics focus on the uniqueness of the individual, the tune is genuine bop– the kind you can lose yourself in, floating atop a sonic stream of bliss and contentment.

4. The DIY / internet kid feel of the project as a whole. Especially notable in the visual companion for the single which features the siblings living out the “be yourself” mantra of the track. Cleverly distorted at times and edited to feel like home video footage, Julia and Ryan’s personality shine through with effervescence, showcasing their heartwarming bond and making the only children of the world v jealous.