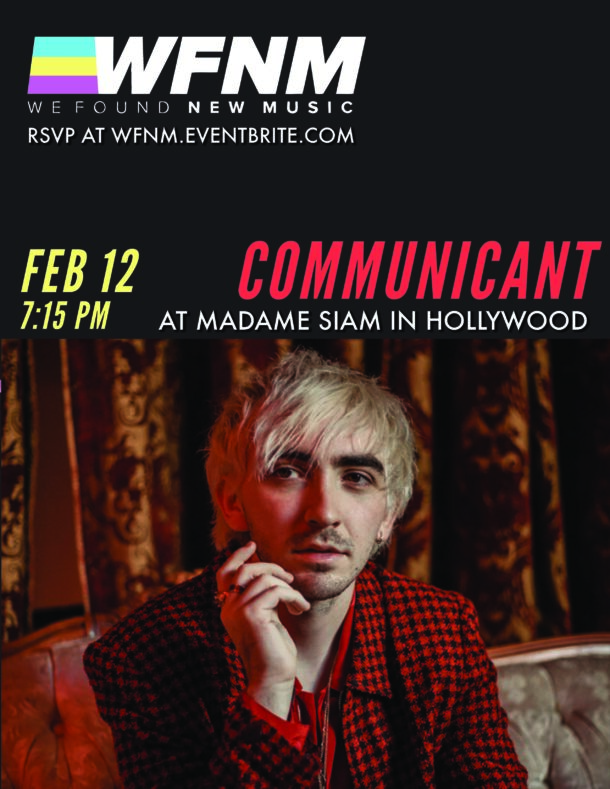 Communicant Live at Madame Siam on 02/12

LA’s newest psych-pop group Communicant bridges the gap between 60’s psychedelia and R&B-tinged indie pop with their debut self-titled LP (due late 2019). Communicant is dynamic – ranging from sunny and colorful songs for leaning your hand out of your car window, to introspective compositions best befitting sitting on your bedroom floor in the dark with headphones on.

The group could easily be the lovechild of Frank Ocean and Tame Impala; lead singer Dylan Gardner’s vocals are silky smooth; a perfect accompaniment to swells of dreamy guitar and shiny glistening synths. Self-produced by Gardner, cocooned in his home studio in Pasadena, his production is utterly fresh; Communicant ’s tunes are filled to the brim with headphone candy and cleverly layered vocals.
This isn’t frontman Dylan Garnder’s first rodeo. Gardner first made his splash in 2014 when he self released his first album, “Adventures in Real Time” and getting redistributed by Warner Records after the lead single racked up a swift 10 million plays. Gardner clearly has a sense of the pulse and has tapped into the magic.

And now he fronts this exciting group that is undeniably making waves. But actually though, the music is super dreamy and catchy. Check out the trippy music video for their single, “Spotlight“ here:

Communicant’s lyrics take on themes of impulsiveness, angst, and change through the lens of being the radioactive age of 22. These lyrics against the instrumentals make the group’s music fresh in their world of summer-y anthems, as well establishing that this isn’t your everyday, carefree indie pop group. With the group’s thoughtful melodies, substantial hooks and dreampop elements, they’re the next band in between your headphones.

Catch the magic of Communicant LIVE at Madame Siam on February 12th. 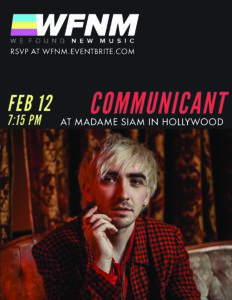 2 months ago in Blog
Newsletter