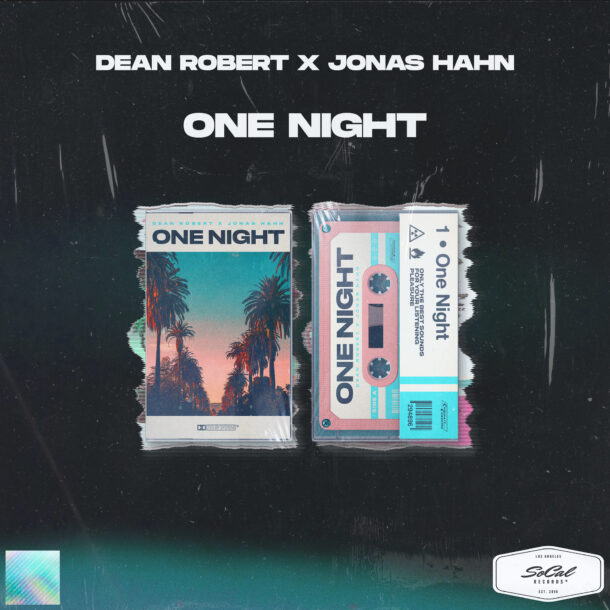 Independent label SoCal Records shepherded a multi-talent triumvirate of artists together in order to bring about a late summer party anthem in the form of “One Night”. Their efforts saw the Sensational German DJ/Producer Jonas Hahn and Irish singer Dean Robert joining forces with French DJ/Producer Pierre Leck; the final result of their efforts is a  thumping Electropop/EDM crowd-pleaser that belongs on the dance floors and car stereos of the world, during the nocturnal outings we so eagerly desire after this long period of quarantine.

“One Night” isn’t just a collaborative effort, it also marks the beginning of a hopefully long and prosperous friendship with SoCal Records for the Dublin-born singer, who recently signed on with the Label and was immediately paired up with Jonas Hahn who is also celebrating his sophomore track release with SoCal in this song, after his previous single “Like Fire” spread like its wild namesake on streaming services such as Spotify.

The minds at SoCal felt like they needed one more creative to make this track a true product of pan-European descent, and they brought in Leck to help punch up the lyrics and the music, no doubt giving the track a prestigious French EDM varnish to really tie the whole song together with that special touch.

Lively and dynamic, “one Night” is full of catchy and memorable melodic synth sounds that counterbalance the enticing danceable beat with a more spacious and introspective vibe. What this means is that the song draws from an emotional well that’s inside the listener, it bubbles up trying to make you cut loose and really let yourself get swept away by the sheer size it evokes with its production. “one Night” feels larger-than-life, it expands above and around you, enveloping you in a huge music festival of its own, and right there is where I feel like it would shine the brightest, in places where energy is shared by a crowd willing and ready to let the pressures of the world go and just enjoy themselves and the moment.

As a Final thought, I have to give huge props to Dean Robert for his stirring vocal performance. With such a spacious-sounding track, laying the right vocals in there can be tricky, but Robert’s range and power really show that he was up for the challenge, and what’s more, I feel like he shone really well with this style of music, perhaps signaling that experimenting with this kind of emotional EDM-heavy sound in the future can prove a huge boon for him.