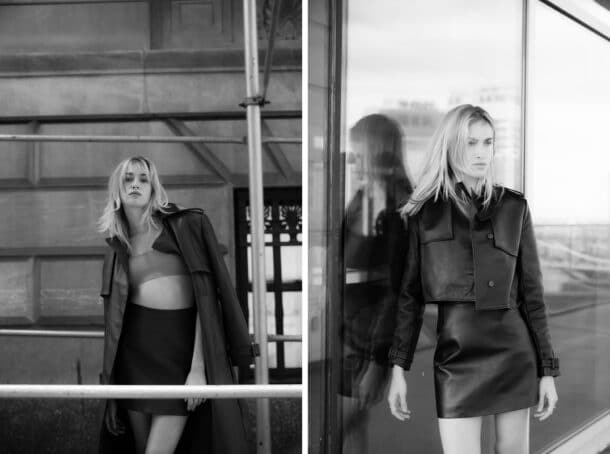 Demi Ramos started her first rock band at age eleven. A Puerto Rican Bronx native, she studied Opera at LaGuardia High School for the Performing Arts, quickly becoming a favorite in the New York underground scene where she sold out DIY and basement shows. It wasn’t long before she was filling rooms such as Mercury Lounge, SOBs, Webster Hall and Brooklyn Bazaar.

Currently signed with Elite Model Management, Demi is ready to release her newest single. She co-host of popular music podcast “It’s Real with Jordan and Demi” presented by Popdust, and can be seen hosting events at New York Fashion Week.

Right in time for Friday the 13th, model, podcast host and rock n roll goddess Demi Ramos gears up to release her newest single “Killer 4U”. Co-produced with Geoffrey Hufford of Two Feet, Demi’s new track shows off a dynamic range for the young artist, tapping into a variety of musical styles that allow “Killer 4U” to resonate with a wide audience.

Introducing elements of trap and hip hop to what was originally meant to be an acoustic hit, Demi and Geff fused nostalgic punk rock energy with modern influences to create a larger than life hit perfect for late summer vibes. Many would describe Demi’s sound as ‘Nirvana’ meets ‘Madonna’. During the quarantine of 2020, she wrote and co-produced “Killer 4U”, combining her hair raising rock musical themes with a modern electronic trap sheen. Lyrically, the song tells the fantasy of a New York City romance – with sex, drugs and rock and roll. A perfect way to end “hot girl summer”.