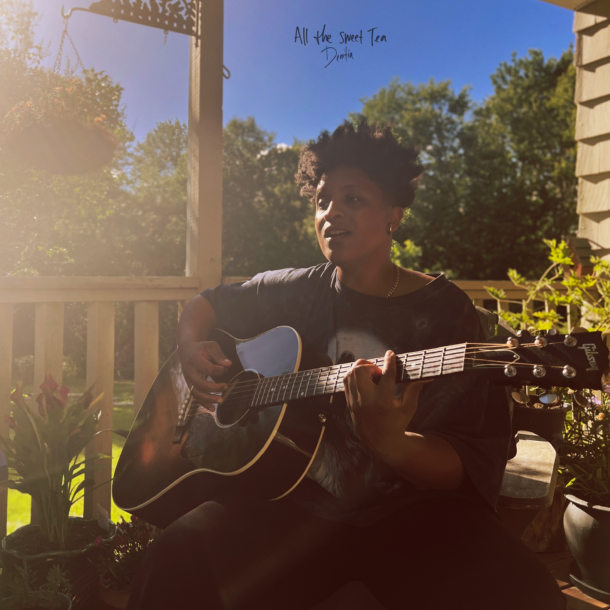 Denita – All the Sweet Tea

Singer-songwriter Denitia releases her next single in a string of exciting new releases this year. In “All the Sweet Tea”, we are introduced to a reflective tale inspired by isolation during the pandemic. A true story fueled by introspection, Denitia’s new hit encourages fans to savor every moment and to be true to themselves when deciding how to spend them. In the track, we learn that how we spend our time and the mindset in which we tackle life’s challenges is the only thing in life that we can truly control. At the beginning of the pandemic in 2020, she and everyone else in the world was forced to slow down, which led to a keen awareness of what is actually important in life.

Produced by Brad Williams, “All the Sweet Tea” offers a nod to bluegrass as Denitia continues to explore her folk/country sound. Musically, she creates a sense of whimsical nostalgia through wistful vocals and tranquil guitar strums. Inspired by her southern roots, Denitia is establishing a newfound American utopia through passionate instrumentals and heart-on-sleeve storytelling. Keeping listeners engaged from beginning to end, “All the Sweet Tea” brings you to the mountains – sunset in the distance and glass of sweet tea in hand.

Originally from the Houston area, Denitia currently lives in New York’s Hudson Valley. Soulful and passionate, Denitia sings with intentional restraint, seeking an outlet from isolation, a break from monotony, and a dream for the past reclaimed. As a teenager in a trailer in the woods, she spent her days studying the art of rock, alt-grunge, and self-revelation, melding it with her baseline in traditional roots music. Self-taught and unafraid, Denitia improvised her newfound language with the guitar and keyboard, and gained confidence performing at praise and worship services. Denitia’s past releases have received high praises from notable publications like the Village Voice, NPR and the New York Times. Most recently, her single “Highways” received high praises from Stereogum, LadyGunn and Wonderland Magazine. She has performed for popular platform COLORS and has placed her music on the Sundance Grand Jury Prize-winning feature “Nanny”, FX’s “Better Things”, Comedy Central’s Broad City and so much more. She has shared stages with SZA, The Internet, and Tank and the Bangas with prominent festival features at SXSW, Afropunk and the Firefly Music Festival.