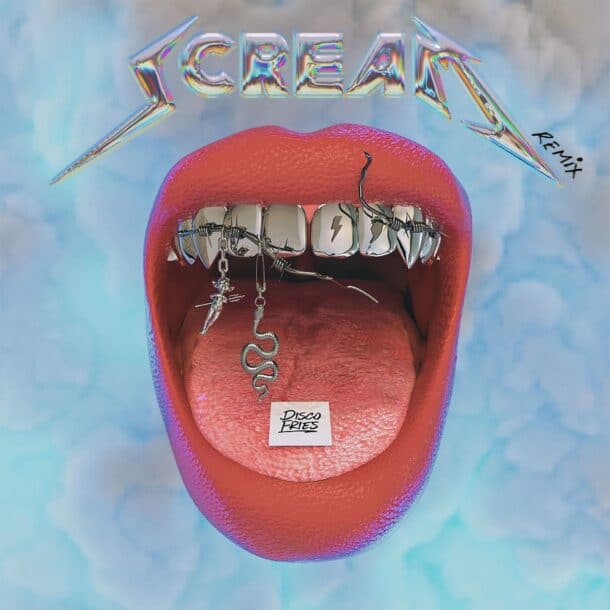 On a journey to find what ignites her inner passions, Los Angeles-based pop artist Jenny March teams up with Disco Fries to release a captivating remix to her latest hit single “SCREAM”. Originally written in quarantine, “SCREAM” was bred out of a desire to share her own experiences in order to help get past them. The remix by notable production duo Disco Fries takes the energy of the original single to new heights as we’re introduced to an EDM soundscape primed for a LIVE audience. The electrifying new track proves danceable from beginning to end; Jenny’s soaring vocals paired with doses of speedy lyrical delivery demonstrate her versatility and unique range. Paired seamlessly with electro and progressive house and you have yourself an undeniable hit perfect for the late summer months.

With over 2M online listeners, Disco Fries have charted in the Billboard Top 100 as well as the Top 3 with Mediabase Dance Radio. With hits in rotation at both Music Choice, Sirius XM and IHeartRadio, it’s no secret that the dynamic duo are built to take hits to new levels.

Demonstrating an impressive synergy with Jenny March, the three artists know just how to set the bar. “SCREAM” follows the release of Jenny’s debut EP “Madness” where she showed off a more vulnerable side to her art by inviting fans into both the good and the bad happenings inside her head.

Originally from Ohio, Jenny is currently building her presence in the music industry, featured on PAPER, Wonderland, NYLON, EARMILK and FLAUNT who expressed that listeners can expect “an abundance of badass female energy”. In 2020, Jenny became a SAVAGExFENTY brand ambassador and did virtual performances for iHeartRadio, EARMILK, Bandsintown and more.