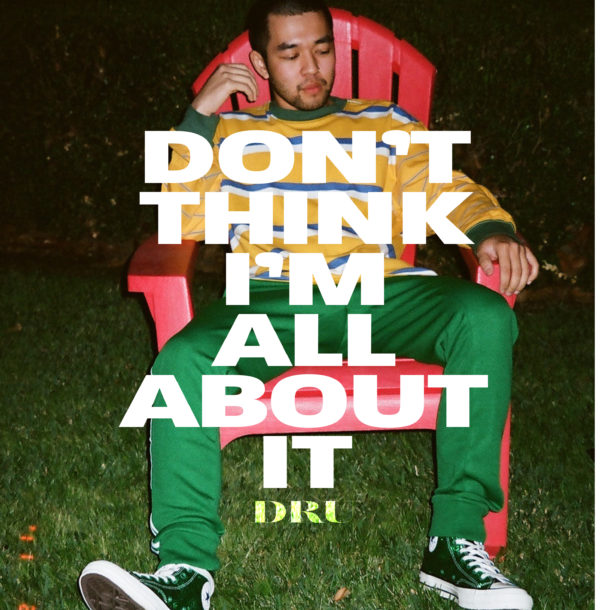 Orange County-based singer-songwriter, dru, has just released his debut single “about it”. This song is a understated jam with mellow vocals and gritty production. There are elements of R&B in this track with influences of The Neighbourhood and The Weeknd that blend together really well. dru’s vocals are an intense near-whisper that is relentlessly smooth and direct. This is a strong debut with a very clear musical vision and I’m looking forward to hearing whatever comes next from dru.

In his words:
“There’s not much to say other than the core of the song is in the lie – and I felt that was the only way I wanted to relive the story or it would’ve hurt too much” -dru

Nathan Irving (aka Nate Flaks) is a writer for WFNM & 1/2 of the electronic indie-pop duo Sleeping Lion.
2 years ago in Blog
dru
Newsletter
Live Artist Feature
WFNM on Youtube