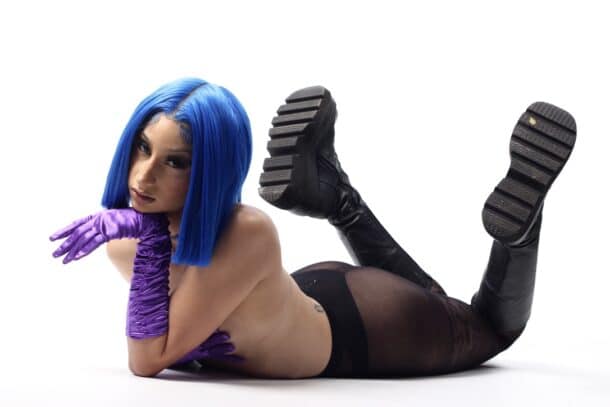 Miami-based Singer/Songwriter Ebina Florine releases with her debut EP ‘PHOENIX.’ The project marks the artist’s first of 2021, with last year seeing a trio of singles, “ESC8PE,” “Calibrate,” and  “Decoy.” This time around, Ebina leaves nothing left unsaid, putting her enchanting vocal chops and storytelling abilities on full display. Ringing in a new era of music making, the artist is accompanied by top-tier production from Daygee Kwia and Eddy Samy, who make up the duo Paperwater. ‘PHOENIX’ is out now on all major streaming platforms.

“Phoenix means resilience. Crashing, burning & trying over n over again. I picked myself up once again & made beauty from my pain. A Phoenix is a mythical creature that rises from its own ashes. It symbolizes a warrior spirit that resonates with me.”

An EP inspired by love and pain, ‘PHOENIX,’ is  the amalgamation of pure honesty and emotional vulnerability. Ebina makes this clear as she weaves through what she refers to as the universal themes of life. Masterfully capturing her growth as an artist, the project holds absolutely nothing back, chronicling both her trials and tribulations. With that comes Ebina’s distinct electronic/R&B sound, one that she takes to an unprecedented level with ‘PHOENIX’. It’s a fitting title for an EP that’s just as whimsical and other-worldly.

From the age of ten, Ebina Florine knew that she was meant to make music. The Miami-based singer/songwriter was a frequent of her school talent shows, which was perhaps the catalyst for the unmistakable confidence that fans can see today. Since her debut track “ESC8PE,” which was released on YouTube to critical acclaim, the artist has worked on developing her innovative R&B-centric sound. After two more singles in 2020, the artist presents ‘PHOENIX’, her stunning three track EP. We can’t wait to see what she has for us next!