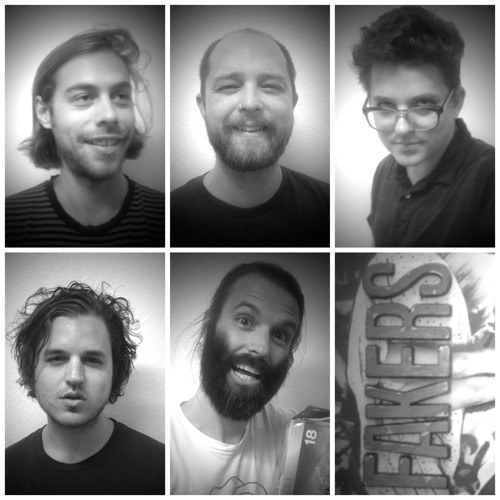 LA indie punkers Fakers are a (sort of) supergroup featuring brothers Andy and Joey Siara of the local stalwarts The Henry Clay People plus Travis Shettel (Piebald), Cameron Dmytryk (Vanaprasta / Sun Drug / Facial) and Ben Heywood (Summer Darling / QunQ). With all 5 band members passing around instruments and taking turns at lead vocals, their sound mixes the The Henry Clay People’s bratty vocal style and penchant for youth nostalgia with Piebald’s pop punk heart and enough guitar riffs to clear out a Guitar Center. Its exciting, visceral and everything the LA scene has been building towards over the last few years.

In their short time as a band, they’ve played 7 packed shows, supporting everyone from The Airborne Toxic Event to local darlings like Banta and Black English. This Monday, Fakers will be supporting Crash Kings at The Satellite.

This week, Fakers released this first single, $600, which will appear on a 7” via Chain Letter Collective in August.