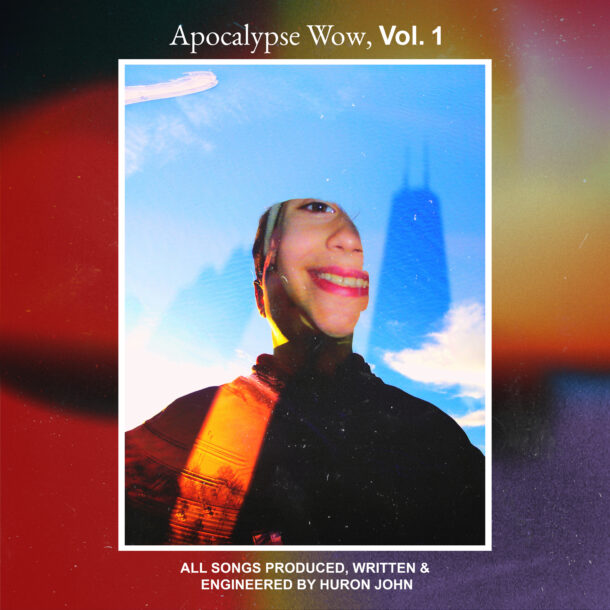 We’ve spoken before of Huron John. Specifically end of November 2019, right around the release of the creative short teasing his highly anticipated project Apocalypse Wow. Since then Huron John has been far from idle, releasing the first single off the project “Maple Syrup Tears” earlier this year.

A quirky, melancholic-tinged bop which casually crosses genre lines somewhere between alternative pop, funk, and electronic land, the single was praised by a myriad of acclaimed sources including Lyrical Lemonade, Fashionably Early, EARMILK, Line of Best Fit, and Ones To Watch. In addition to editorial support, Spotify hopped on the hype train as well, rushing to feature the DIY artist on popular playlists such as New Music Friday, Lorem, Bedroom Pop, Fresh Finds: Index, & Fresh Finds.

That’s right boys & girls, today is the day, and it’s a beautiful one. So without further ado, four reasons why we are feeling Huron John’s Apocalypse Wow, Vol. 1.

1. The sentiment behind the trio of tunes. Posted on his Instagram on the eve of the release, he states, “A big theme of the whole apocalypse wow project (especially the first volume) is family. i love my family very much, and hopefully this music gives you a more detailed portrait of who i am, but who they are as well!” The chilled, dreamy sonics and repeated phrase “Car crash on memory lane” present in “Foxglove” drives home this nostalgic mood, while lyrics in John’s rap verse reminds us of a simpler time, one of staring at lava lamps and puppy love at school assemblies.

2. The conceptually driven album art work. Also explained via Instagram, the cover art consists of three overlapped photos: a torso silhouette of John’s father, a picture of him as a child, and the sears tower; a conscious decision to pay homage to the midwest roots that shaped him into the person he is today.

3. The infectious bop and second track on the bundle, “Honor Tribe,” is a profound celebration of the insecurities that plague us all in this digitized age. Lines such as “My generation / Glued to all our mobile telephones / I pleaded guilty / It’s like insecure about instagram likes” and the repeated ear worm of a hook “She loves me / She loves me nigh / He loves me / He loves me nigh” gives the listener a safe and cathartic space to revel in this shared social strife. (P.S. You can find this “Honor Tribe” FIRST on the Lorem playlist as of this very morning!)

4. The cryptic release strategy which is 100% keeping us guessing, as this is only the first volume of Apocalypse Wow, with no known release day for the next part. Half of me is relieved, half of me is ravenous for more, but the whole of me is absolutely mesmerized.

Listen to Apocalypse Wow, Vol. 1 below: