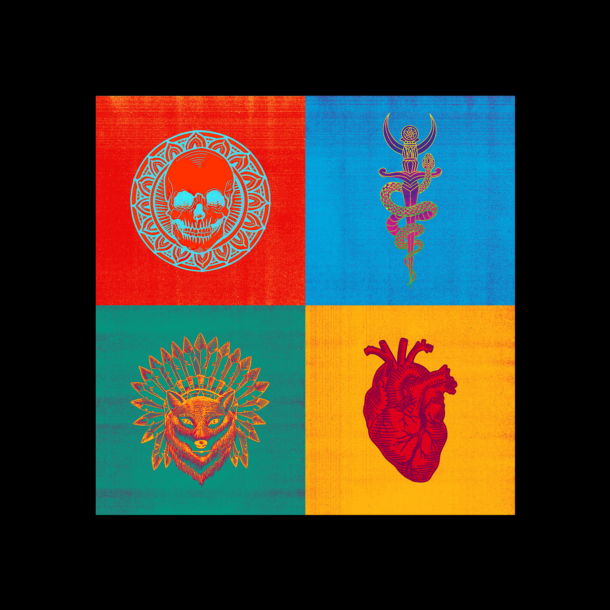 Musical memory is a fascinating phenomenon. Did you know that for individuals suffering from the latest stages of Alzheimers, music can tap into deep emotional recall, allowing the person to momentarily remember snippets of life which were seemingly forgotten? We’ve all experienced this in our own lives on a lesser scale– those special songs that elicit past tears, rage, and joy. Though this cliché is admittedly corny and sickeningly overused (sorry in advance), music is truly a weapon; but for the army of musically inclined creatives, the prompt really should read: how will you yield yours?

British-Australian artist Georgi Kay takes this creative responsibility seriously. A visionary through and through, one day Kay found herself pondering musical memory and the function of musical “reimaginations.” As she worked through personal experiences of feeling profoundly re-affected by songs she loved post restructure, she grew keen on the idea of remixing fan favorites from her debut, Where I Go to Disappear.

But not “remix” in the “unce unce,” fist pumping, club remix type of way; instead, together with avant garde artist and producer CD Player, the pair treat the Reimagined EP as an orchestral work, utilizing synthetic rather than real instruments to paint their soundscape.

A conceptual sonic treat through and through, we are proud to share four reasons why we are feeling Georgi Kay and CD Player’s Reimagined.

1. The brilliant overarching concept of the album and the excellent execution of the idea. Though a difficult feat to apply such otherworldly sounds while keeping the project palatable to the untrained ear, CD Player and Kay somehow seamlessly blend the reinterpreted production, without losing the integrity of the song itself.

2. CD Player’s use of found sounds, pedals, synths, audio effects and whatever other tricks he has hidden in his mad musical laboratory.

3. Comparing the reimagined tracks with the originals. My favorite contrast being “American Psycho,” arguably the starkest dichotomy presented. CD Player utilizes atmospheric sweeps and complex rhythmic sections, cleverly warping the synth-laden, dance-inducing original we had already fallen in love with.

4. Kay and CD Player’s dedication to making art for art’s sake, inspiring the creative within us all.

Take a listen to Where I Go to Disappear below and experience the full transformative experience, from beginning to end.