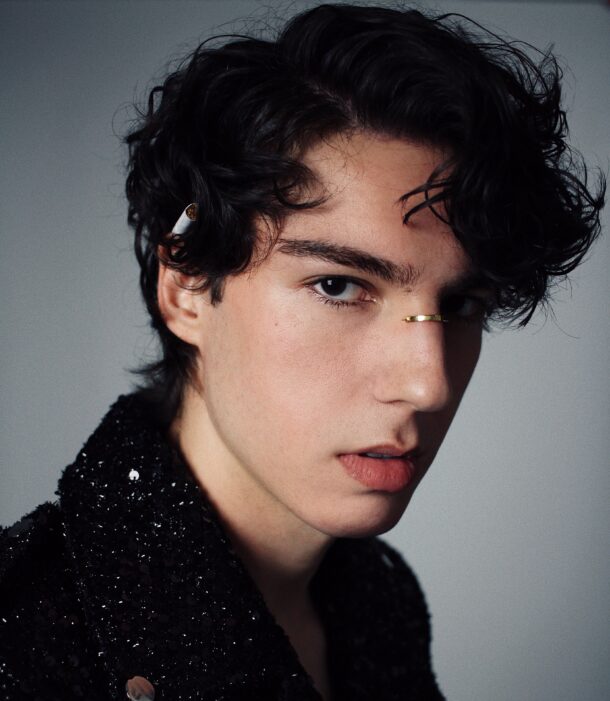 Germano said this about the track and video:

“I wanted the song itself to reflect that “sweep-under-the-rug” mentality, so you might not realize at first that the lyrics are about escapism and depressive self- destructive behavior because theyʼre disguised as pop melodies. And the same concept applies to the music video where my friends and I are (literally) killing each other while Iʼm wearing some dope outfits, so itʼs cool.”