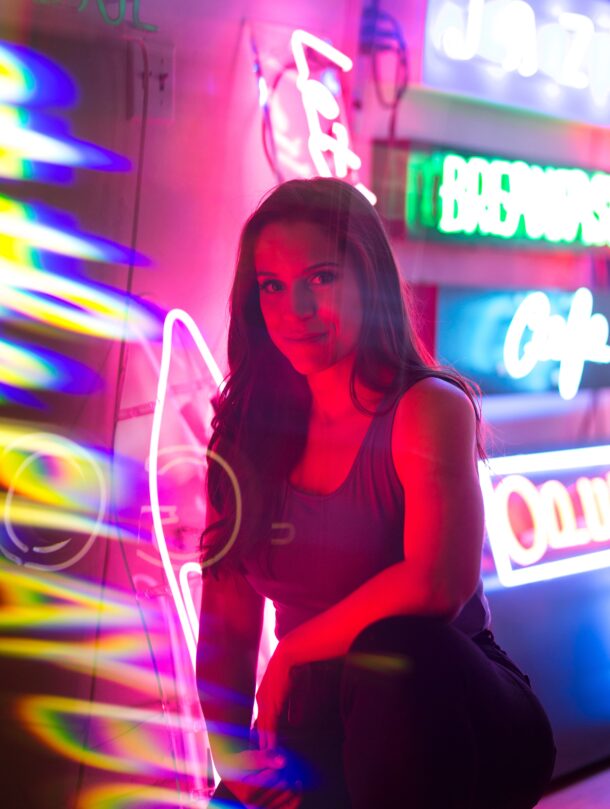 Everyone is going through something in their life that you might not realize, so it is crucial to treat everyone with kindness

Gina Naomi Baez is a New York city based actress, singer, songwriter and influencer that’s making her return to music with a new single, “Hidden Hurt ”. The track follows the hopeful and uplifting ballad “Stick Around” and it’s about the personal battles that go on inside everyone.

As an acclaimed actress she played roles in prominent TV shows such as “Orange Is the New Black”, “FBI,” and movies like “She’s Gotta Have It”, as well as numerous Off-Broadway plays. The singer also runs a successful Youtube channel where she uses her comedic talents to inspire and entertain.

As a survivor of thyroid cancer, the artist is an inspiration to us all to continue to pursue our goals despite hard moments.

1. Gina, you are back in music after a necessary hiatus, where you had to

take care of your health. Can you tell us how you felt during that break? Did it inspire you to write new music?

I actually never got the chance to take a real break. Two weeks after my thyroidectomy surgery, I started vocal therapy weekly for three months to re-learn how to use my singing voice. That time in my life was a rollercoaster to say the least, with lots of highs and lows. I had to learn to be patient with my body and my voice and take it one day at a time. I was also writing music that was inspired by what I was going through with my health journey.

2. Going through your cancer journey was a painful time for you. Is there any difference between the Gina before you were diagnosed vs the Gina you are today?

Going through childhood cancer was definitely tough, but I refer to it now as a blessing in disguise. It definitely shaped me into who I am today. Before being diagnosed, I was just a regular pre-teen, and after diagnosis I had to grow up pretty quickly. It taught me to live my life to the fullest, that every day is precious, to follow your dreams, and do what you love because you only get one life.

3. Being a singer and songwriter, why did you decide to pursue a career in music?

I love to sing and write my own songs. I decided to pursue music, because of the joy it brings me and it is a way to express myself in a creative way. Especially while auditioning and dipping my toes into other aspects of the business, pursuing a career in music is something I am in complete control of. Usually I would lose creative control while on set acting since there is already a creative vision in place. But I am able to write down my emotions on paper and turn it into a song of my choice.

4. How would you conceptually define “Hidden Hurt”? What message did you want to give to your fans with that song?

“Hidden Hurt” is the idea that you never really know what someone is going through. I hope it gives the message to lead with kindness and understanding of one another. I also hope fans feel seen and can relate to that feeling of masking your pain with a smile to make it through. Everyone is going through something in their life that you might not realize, so it is crucial to treat everyone with kindness.

5. Judging people without prior knowledge about them seems to be a pandemia even older than covid in our society. Some of the lyrics in your song are very powerful, where you said: “You don’t know the full story/ Just the cover artwork/ Every one of us has hidden hurt”. The question is, have you ever been unfairly judged by the public or the media? If so, what happened and how did you deal with it?

I have definitely been judged. But who hasn’t really? Especially being an actor, you are constantly judged. One specific moment that sticks out to me is when I was doing a theater job, the director told me that I couldn’t act. It really upset me at first because I didn’t understand why they cast me in their project if they thought that.

After that job I always had that in the back of my mind and I was determined to prove them wrong. I kept working on my craft and auditioning, and then ended up booking the recurring role of “Marisol” in She’s Gotta Have It under the direction of Spike Lee. It just goes to show that one person’s opinion is just that, one person’s opinion. And you shouldn’t let something like that define you. I could have taken that opinion and given up right there, but instead I persisted and didn’t give up.

6. What gave you the inspiration to write and create “Hidden Hurt”?

I always wanted to write a song about the idea of smiling and staying positive even when you are falling apart. That concept has always been complex and fascinating to me. Especially with social media, people make a lot of assumptions about others having a perfect life, but in reality, you never really know the truth. I love lyrics and concepts of songs that make you think deeper, and I think “Hidden Hurt” does that.

7. From “Stick around” to “Hidden Hurt” does your upcoming EP have an overall theme based on your previous single releases? If so, how did you come up with that theme?

The theme of my upcoming EP is vulnerability, self-reflection, and strength. All of the songs were written while going through my thyroidectomy and recovery. There were so many emotions I went through and writing about them through song really helped me get through my health journey. Writing songs during my health journey helped me push through the emotional side and even improve my songwriting skills.

8. You are also a great and talented actress. If you were to only choose music or acting, which career path would you stick with and why?

9. Any advice you can share to an aspiring indie artist who is trying to be known?

The best advice I would give is to keep going and not give up. You have to believe in yourself and be your biggest advocate, even when no one else will. And don’t be afraid to be unapologetically yourself. What you might want to hide from the world is what sets you apart from the crowd. Don’t be afraid to be yourself even when everyone is pushing you to stay with the crowd. Especially in the entertainment industry, you will need something that makes you different from the competition.

10. What other songs can we expect to be featured in your upcoming EP?

You can expect a few more songs including a song I wrote to my younger self going through cancer called “Piñata”. The song is very vulnerable, and I am excited for my fans to catch a glimpse of what my life was like in my childhood. You can also expect a dreamy, alternative pop song called “Skyline”. It depicts the ups and downs of my journey and finding the strength to keep going. I think that song is one everyone can relate to one way or another, even if you haven’t gone through cancer.

11. Where do you see yourself 5 years from now?

I see myself thriving in multiple aspects of the industry. I see myself touring with a record label and also performing on Broadway. Even starring in a television show and producing my own film from a self written screenplay. I’d love to have my own production company someday as well. I want to do it all, and experience all different aspects of the entertainment industry. The sky’s the limit!