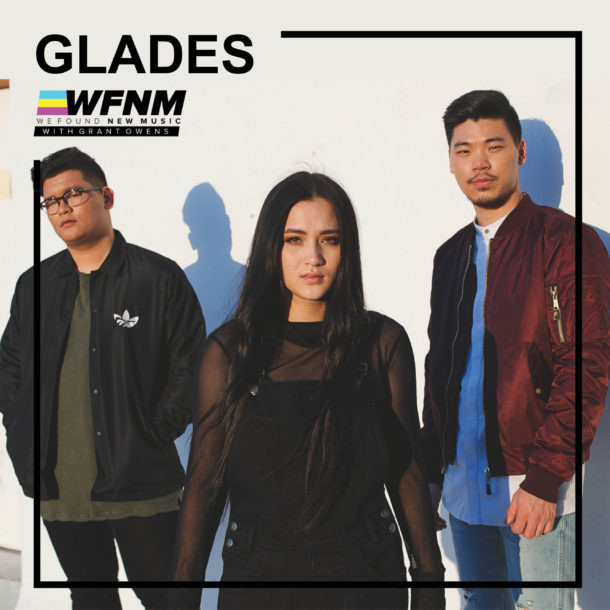 The young trio from Australia, GLADES, stopped by to join us for their first US radio performance and interview, prior to making their US debut at School Night. Karina, Cameron and Joseph, play a beautiful acoustic version of their most recent single ‘ Keep It From You’ which can’t be missed. We spoke about their debut EP, ‘This Is What It’s Like’, and what it means to have an EP out in the world. In addition, they spoke about early support from ‘Influencer’/Icon/performing artist, Troye Sivan, and to receive a great response, worldwide, early on in the bands career.

GLADES ‘Keep It From You’ (LIVE) + Interview