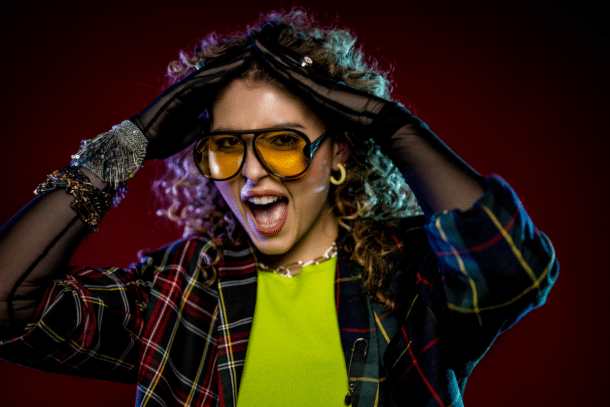 GRIPPA’s sending you to “HELL”

GRIPPA’s sending you to “HELL”

GRIPPA adds her unique perspective on growing up for a generation accustomed to the stranger things in life. While images of tiny plastic babies and bean cans may populate her aesthetic, underneath the veneer is a desire for the exploration of hard truths, made explicit throughout her lyrics.

GRIPPA half-Jokingly described her music once as being “For the Weak”, a life-line of sorts that reconciles vulnerability with strength, inspiring those who need it most to both carry one and get better. Her dimly lit and hard-hitting pop sound is all about being in your corner when nobody else seems to, a stark but beautiful reminder that we all stumble and get back up a little bit stronger every time.

With just 16 years of age, GRIPPA is figuring a lot of things out, and her musical identity and talent are not least among them, but if there was one adjective fitting for her right now, I’m confident in saying that “Prodigy” is it, for however young she might be, there is wisdom and maturity beyond her years when it comes to both her highly refined vocals and the impressive lyrical dexterity she bears.
GRIPPA’s newest release is a music video for her single, “Hell”, a song about the Anger stage that comes after suffering a bad breakup.

“…I wanted to do a song that was different from the rest of them that one was more upbeat and aggressive incorporating a rock element. The whole EP was based off a real breakup and this song is when you start to get mad after all the sad you went through and you start to wish that the other person goes through the same thing that you did. The music video plays off this idea where the ex ends up having the day from hell where everything goes wrong.”

No stranger to heartbreak, GRIPPA pours her heart out not just vocally and lyrically, but also as Witch bound to pay back her former, unkind lover for his misdeeds. In the music video, directed by Jessica Iliana, GRIPPA plays around with a voodoo doll to mess with her ex, giving him one “Hell” of a day, so to speak.