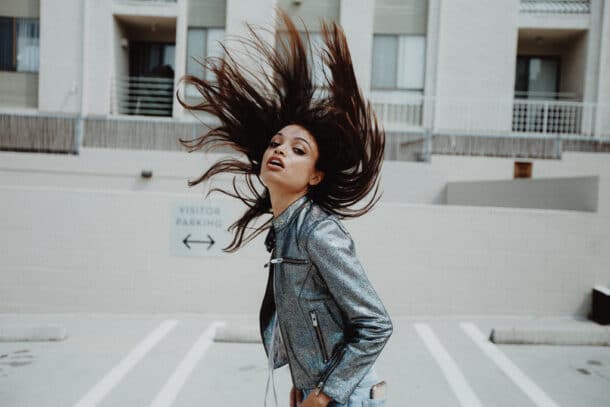 Halo Kitsch will kick you in the face and make your soul bleed with her emotional vulnerability and her kickass melodies. A mixture of meaningful pop and gritty rock, her sound is cinematic with autobiographical lyrics that welcome you into her world of pain. She has melodies that are infinity catchy and make you want to move. Her voice has a timeless quality whose sweetness juxtaposes nicely with the thrashing percussion and exuberant production she often employs.

Hailing from Agora Hills, the nearly 26 year-old Halo Kitsch said she began writing songs as a small child and was always singing along to the radio. While a love of music commenced in early childhood, it wasn’t until her first year of college that Halo Kitsch began writing songs in earnest. The name, she said, comes from a combination of Taylor Swift and Harry Styles names and the actor Taylor Kitsch from one of her favorite shows, “Friday Night Lights.” She described “Halo” as being the effervescent part of her personality while “Kitsch” is the punch.

“Kitsch is by definition something that is held in poor taste because it’s overly sentimental. Which is the appeal of my lyrics,” she said.

This clash between the two parts of herself is very evident in Halo Kitsch’s music which she has described as sounding the way her closet looks; a combination of ripped denim and floral tops, of leather pants and polka dots. Both are a contrast between the sweet and feminine and the hard and edgy.

She has an energy about her that is equal parts innocent little girl and wizened sage with a look in her eyes that belies a strength well beyond her years. In her time, Halo Kitsch has struggled with her biracial identity, PTSD, toxic relationships and her mental health including addiction. All of these experiences have been poured into songwriting and she’s found healing through her music.

“And I have no regrets, I really don’t. Because I don’t think I would have had the experiences to write about if I had been living this happy go lucky life. I don’t think I would’ve found inspiration or sought out inspiration. So really, it’s part of my story that I’m not ashamed of. I’m proud to say I’m nine months sober,” she said.

Her latest track is called “I Knew Not To (Fall For You)” is one of her biggest to date. It feels cinematic with lush production that adds dimension to the pop-rock sound. The track has elements of good ole fashioned rock and roll to it with heart pounding drums and layered guitars while remaining firmly in the alt-pop vein. Halo Kitsch’s voice thrums with pain and longing while maintaining a rock edge at times bringing more variety, emotion and depth than on her other tracks. The track represents a real refining of her sound.

Written about finding a text from his ex on her lover’s phone and the ensuing love triangle, Halo Kitsch displays her signature emotional openness on the track.

Of the relationship on which the track is based she said, “we had a really beautiful relationship, but it was one that I should have had more hesitancies for. And when I found that text, I was like ‘This is the other shoe dropping.’ So, it’s about the girl who gets involved and she’s on one of the pedestals, now I dipped him in gold, and he was on my pedestal. And it’s kind of like that love triangle power struggle.”

Up next, she plans to release one more track this year called “A Hit of You, A Bit of You.” After that, Halo Kitsch is unsure what the future holds but if her past work is any indication, we predict it will mean more great music.

She also performed at our WFNM showcase on November 4. Be sure to stream “I Knew Not To (Fall For You)” out now and keep an ear out for what comes next from this promising artist.