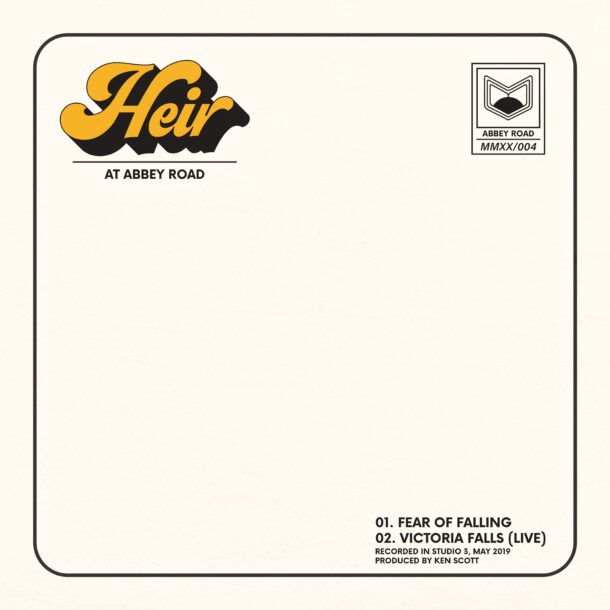 80s throwback, groove-pop band, Heir make their We Found New Music debut with their very catchy new track, ‘Fear of Failling’. The song is so smooth and pleasing to the ears. That may be in part to the fact that they swapped their humble home studio set up for the UK’s most prestigious recording space. Thanks to legendary producer Ken Scott, Heir recorded this track at Abbey Road Studios!

The quintet is from all parts of UK, and met at university. The band consists of songwriters Tom Hammond (lead vocals/guitar), Ste Fisher (lead guitar/vocals), Sam Luca (keys/vocals), Harry Vernon (bass) and Samuel Newham (drums). The band cites artists such as Prince, Paul Simon and Billy Joel as early influences – a musical backdrop that fuels the trio’s search for the bittersweet-spot in every story.