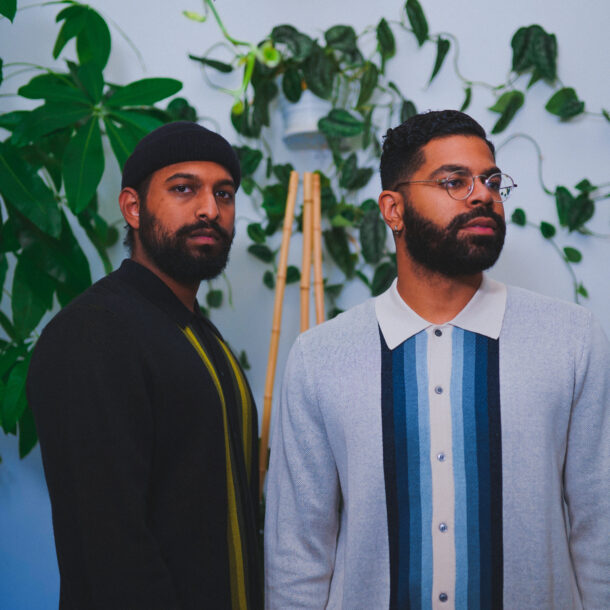 New York-based indie pop-rock band HOAX revisits their roots and shares the follow-up sequel release to their debut single with “Beach House ii”, the electrifying seventh single off their upcoming narrative-driven debut and concept album, b?

“Beach House ii” deals with sentimental feelings of uncertainty amidst unwavering love and desire, while trying to work through it – just as we all are.

Sitting at the crossroads of alternative R&B, indie pop, and modern rock, HOAX elicits an infectious modern vintage sound that transports you to the late 70s music scene – all the while showcasing their contemporary take with passionate soulful vocals laid over mesmerizing instrumentation, groovy bass patterns, and eccentric guitar strums in their passionate masterpiece: “Beach House ii”.

“This past year for me – and I would only imagine for most of us – has been a year of introspection. Being stuck inside – even if you tried to ignore it in the beginning – probably led to every one of us having a reckoning with ourselves. To me, ‘Beach House ii’ is the aftermath of one of those reckonings. The older we get, the more critical we think of our past decisions and actions. So much so that some of us can live the rest of our lives consumed in regret. This song is my reminder to not keep any of those regrets, and to realize that your short term priorities will not be the moments you think about in the future, so don’t put them before or above the important things. If there is anything this past year of magical thinking has taught me, it’s that ‘Life changes fast; life changes in the instant’ (Joan Didion), but it’s important to hold on to the people and the things that you hold dear. Otherwise, you’ll end up a 20-something year old dripping with regret, writing a song like this.”

HOAX’s debut album, b?, is a concept album that follows the narratives of characters that are thrown together in the aftermath of tragedy. Each song is written from the point of view of a character who explores the abstract concepts of the essence of “BEING” – an evident obsession of both the characters in the story and the band members themselves. The dichotomy of BEING vs. DOING is highlighted through careful lyricism on the album.

HOAX is consistently on the rise not only in their own craft but by building a cult following. It’s such an honor to see their name pop up everywhere, as we can honestly say we were early fans here a WFNM. Can’t wait to continue to witness the evolution of this emotionally intelligent and mature musical act.