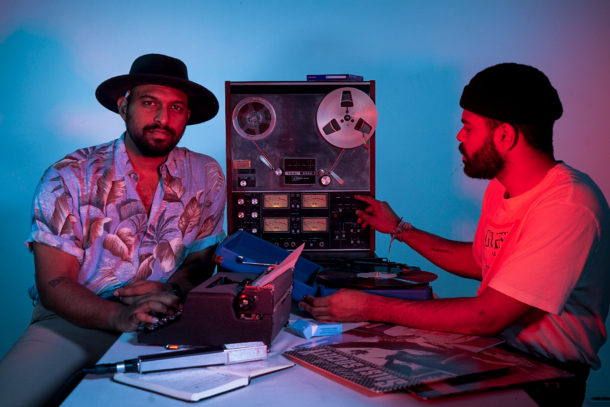 New York Indie-Alternative Band HOAX is back with the release of their introspective new single, “Could”. Serving as the first piece of their debut full length album, b?, it’s clear they are more in their feels than ever.

“Could” is simply a great song. The production is solid, the vocals are great, the indie alt-guitar arrangements are dreamy and summery, and as always, feel-good. It’s clear that the band has been busy at work crafting their sound and songwriting, and I’m genuinely looking forward to hearing the rest of the rollout of this record.

HOAX describes their genre of music as “empathy pop,” which derives from the band’s deliberate and conscious examinations of humanity, and their emotional intelligence is very present in the songwriting of this new offering.

b? is HOAX’s sophomore full length album, and while on intertwined stories are centered around the abstract concepts of “being”. HOAX’s songwriting thematically focuses on the human condition, explorations of social constructs, and the decisions people make based from them, all tucked underneath catchy pop melodies, and dreamy indie-alternative guitar licks.

Evidently, I’m a fan of the woke concept album idea. It’s so refreshing to hear lyrics encouraging self discovery and acceptance of self. If the album follows suit of its leading single “Could”, HOAX is in good shape. Sonically and lyrically grounded, and always encouraging, uplifting, and the feel-good vibe that makes up HOAX’s signature sound, now more refined than ever.

Here’s what the band had to say about this leading single:

“‘Could’ is the first snapshot of many narratives told in the forms of songs on the album that opens up a begrudging conversation everyone must eventually come to have with oneself. Questions that highlight the essence of BEING – which if not asked in a timely manner, might result in years and years passing by – until you finally look backwards through a telescope of regret.”
-Michael Raj & Frantz Cesar

To learn more about HOAX’s debut full length album, visit thebmanifesto.com/hoax-could. We can all learn how to just “be” a little more, and I’m excited to learn from and grow alongside HOAX.