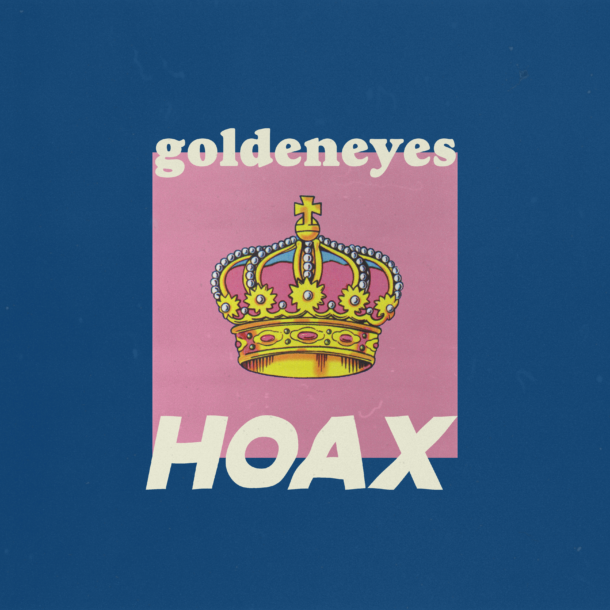 As is every song on b?, “goldeneyes” is a look into how life changes in this end-of-the-world story that the album tells. The title of the song derives from a fictional drug that was created in which you drop a chemical onto your eye and experience hallucinogenic effects where you are only selectively seeing the fantastical visions that your mind wants to see. The effects are very real and highly addictive, and is known for its serious and intense comedown, as immense depression immediately follows the momentary euphoric bliss.

Much like the effects of the goldeneye drug, the song itself is an exploration into our human needs and desires. Most of our lives are caught up in these self-constructed visions of what we believe we need to be truly happy. These usually are unattainable delusions of grandeur plagued by the curse of constantly wanting more. We always believe our next decision will lead to our ultimate happiness: that next job, next house, next event, and the list goes on and on. Life usually happens so fast that if you are caught up in this never-ending cycle, you’ll blink and be at the end of it all wondering why you were never happy.

“goldeneyes” was written in two parts: identification and realization. The identification that the realest things that will lead to our happiness do not exist in the physical sphere, but are rather when we deepen our connections with love, trust, and empathy. The realization comes from the understanding that by looking through this new lens (of love, trust, and empathy), we can now focus on passion (the last things that we think about at night), as those are oftentimes our instinctual feelings of happiness.

HOAX’s debut album, b?, is a concept album that follows the narratives of characters that are thrown together in the aftermath of tragedy. Each song is written from the point of view of a character who explores the abstract concepts of the essence of “BEING” – an evident obsession of both the characters in the story and the band members themselves. The dichotomy of BEING vs. DOING is highlighted through careful lyricism on the album. Visit hoax-band.com for HOAX’s supplementary album content for their debut album, b?:

Here’s what the frontman had to say about this latest piece of the puzzle:

“While the vibe of ‘goldeneyes’ emits ‘feel-good’ vibes , the point is not to preach a million-dollar pyramid scheme of happiness through realization, but rather hope that through listening to this song, it will maybe unlock some euphoric moment of freedom where you just truly are happy, or at the least, identify what it is that truly allows you to be. And if that doesn’t work, there are always drugs.”

We’re huge fans of HOAX and their signature “empathy-pop” sound here at WFNM, and we’re highly anticipating the release of b? — you can count on us covering each step of the way. HOAX is truly one of a kind and sharing their unique perspective on the human experience is something that lights us up, and hope that it lights you up too.