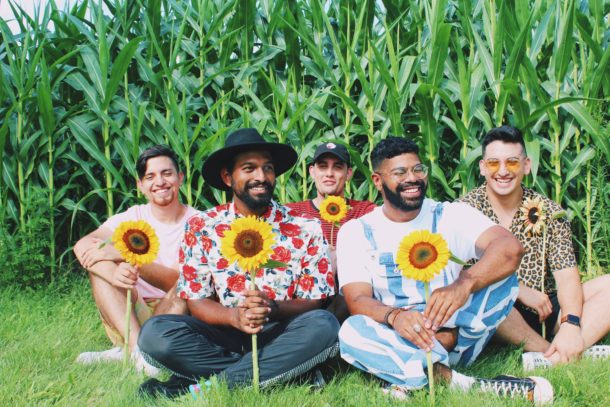 HOAX encourages listeners to live for themselves in their new groovy single, “Grow”, while single-handedly proving disco isn’t dead. In this upbeat track, positivity and encouragement shine through the nostalgic wah-guitar lines, and the lead singer’s raspy soulful vocals. This song will have you dancing in the kitchen, car, or whatever era this song finds you in.

The tracks starts off with a catchy melody on keys, which returns when the vocalist comes in with a well sung first verse. The story quickly develops into a call to action to “Grow”, which in the band’s definition, is to let go of the the idea of doing for the sake of doing, and reflect on what it means to you to be human, and find what is important to you.

Some of the best music have a message that matches how the song makes you feel, and that is certainly the case with “Grow”, and the rest of HOAX’s discography for that matter.

HOAX has an impressive track record, consistently releasing their unique blend of indie-pop and their alternative soul roots, with a positive message. With over 3 million global streams, and a diverse and empathetic approach to pop music, HOAX is certainly an act to watch.

Their debut album ‘b?’ is set for release in 2019, and we’re looking forward to what this timeless band has next.