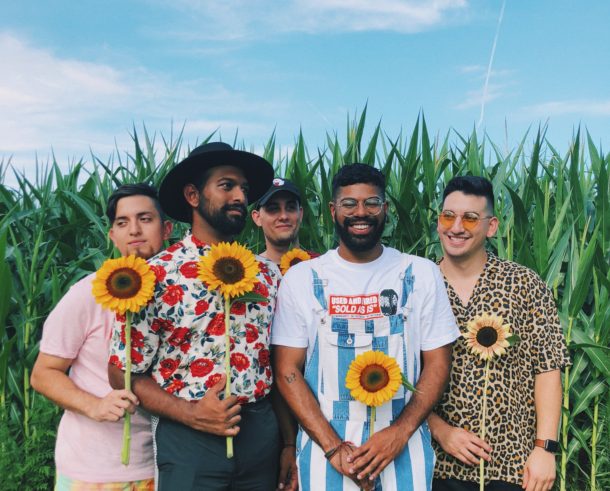 One of our favorite acts here at WFNM is New York based indie-pop soul band HOAX, and they have as usual delivered the goods in their single and music video for “Moon Moon Baby”. HOAX is creating their own nostalgic universe both sonically and visually in the format of a multi-cam 70’s sitcom, displaying their innate sense of humor, as well as their warm and empathetic approach to pop music. This song and video give you a sense of familiarity and peace that is a rare feat in adulthood.

Here’s what the band had to say about the track:

“Moon Moon Baby” is about change, comfort, and the essence of being. It’s an adult lullaby. Just because we are “grown-ups”, it doesn’t mean we don’t need someone to tell us: “Everything is going to be alright.”

HOAX has an impressive track record, consistently releasing their unique blend of indie-pop and their alternative soul roots, with a positive message. With over 3 million global streams, and a diverse and empathetic approach to pop music, HOAX is certainly an act to watch.

We’ll definitely be keeping a close eye on HOAX, whose debut album ‘b?’ is set for release in 2019.