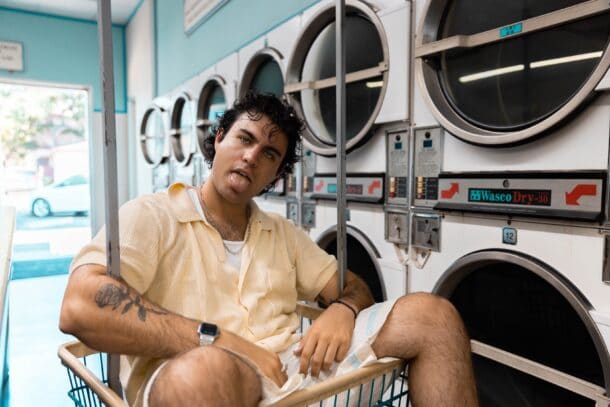 Los Angeles-based indie pop artist Ian Oshér is back with a beautifully complex love anthem entitled “Never Alone”. Exploring the dynamics of independence; Ian’s lyrics prove that being apart can actually bring two people closer together and “Never Alone” provides a unique glimpse at love while keeping spirituality in the conversation.

Channeling numerous pop, r&b and electronic influences, the energy of Ian’s new single provides something refreshingly lighthearted and upbeat. His engaging vocal delivery proves reminiscent of early 2000’s pop-punk but with a modern twist, appealing to a wide range of listening demographics. Created with Ian’s close collaborator Mark Diedrichson (AKA Farco), the song delivers a more raw, stripped down vibe as compared to Ian’s previous singles.

But unlike the mood in “Never Alone”, Ian’s story hasn’t always been so upbeat. Having wrestled with mental health since his early years, Ian has had to overcome a brutal fight with alcoholism and addiction. Taking his first drink during sophomore year was what Ian describes as a “spiritual experience”. But grappling with this disease has made it harder to cope with the many hardships that life threw at him. Drinking caused all of his worries to fade away…but after a few frats, drugs and hardships later, Ian went to rehab; left to battle his hardest fight yet.

His journey has been fraught with trauma as he held onto dangerous ways to escape. But today, he’s happy to say that he is now officially three years sober and now that he’s in recovery, Ian remains dedicated to helping others overcome the challenges of alcoholism. He hopes to use his platform to reach out to those in need and eventually, he hopes to start a foundation of his very own.

His long-term goals for his music are dedicated to distributing a message of self-care, healing and the beauty of self-expression. With his top song on Spotify reaching over 120,000 streams, Ian is an artist to watch and he’s ready to end 2021 on a high note with the release of “Never Alone” on all streaming platforms.