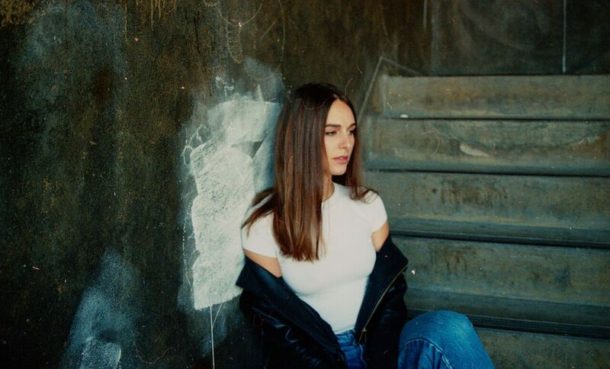 “24 hrs” takes place on a night that pushes on until sunrise in a city with no horizon. It’s an ode to predictable parties in unfamiliar places with strangers, and an expression of detachment felt within the anonymity of the night and of the city. You might interact with someone who appears to be an entirely different person the next day, who not only won’t relate to you but can’t remember you.

“But more importantly, it’s an intervention for those whose environment has seemingly shaped them irreversibly and a plea for authenticity. That’s not to say the city, in my case New York City, isn’t a place for belonging or that the anonymity isn’t beautiful. After all, the push and pull of belonging and longing is the magnet that keeps me here. At times I prefer to quietly observe on the outside, swaying to the beat, taking swigs of water while drinks spill on my white sneakers as I try to make myself invisible. If I jumped in, the night would swallow me whole.” – JANELLE

Outsider is further proof of the JANELLE‘s irrefutable gift to capture a spectrum of emotions: powerful and delicate, confident and vulnerable, beautiful and sexy, raw and sultry, earthly and ethereal. Everything springs from a singular style that veers left from indie music’s typical posturing. JANELLE coyly dubs her sound “dependent music” adding, “I sing about emotional dependencies.”