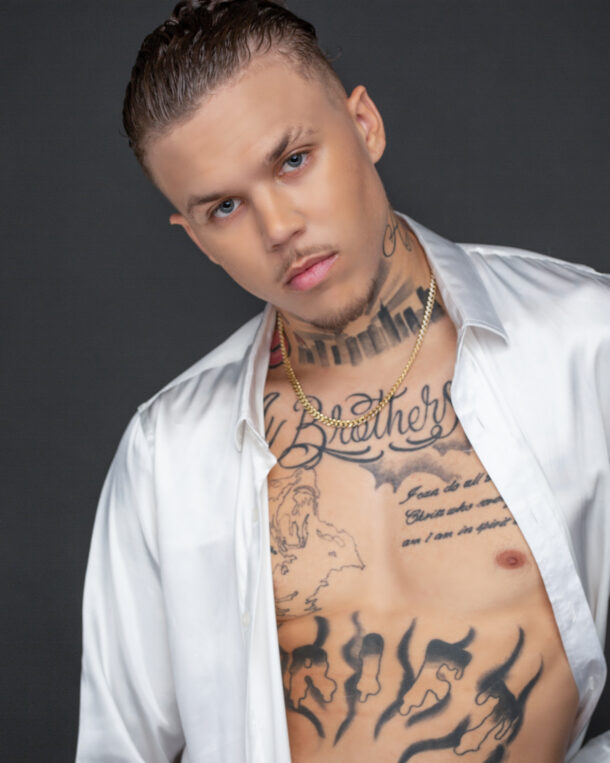 Quick off the heels of his celebratory hit “Go Baby”, buzzing pop artist Jay Guernon is back with an oh so relatable track entitled “Demon Time”. Embodying the intensity of the feeling you get when that certain someone pops into your mind at 3am, “Demon Time” explores sexual temptation and the determination we experience when we’ll do anything to get to that person we can’t get our mind off of. High energy from front to back, Guernon’s new release maintains that nostalgic summer vibe that listeners will be craving as we inch closer to the Fall months.

Jay Guernon has a heavy hand in the creative control over his music; in “Demon Time”, he teams up with award-winning producer Kenny Barto. Kenny accredits his successful 18-year career to his devotion to crafting bold, musically rich and emotive music. An Atlanta-based Producer/ Songwriter / Multi-Instrumentalist, Kenny began his career as a partner in the acclaimed production team J.U.S.T.I.C.E. League (2004-2017). His work can be heard on hit records and top-selling albums by Mary J. Blige, Rick Ross, Ludacris, Lil’ Wayne, Young Jeezy, Nas, Estelle, MGK, Ghostface Killah, Marsha Ambrosius, Wale, Keyshia Cole and many more.

Guernon’s smooth vocals channel influence from major pop artists like Justin Bieber, Bruno Mars and Kanye West. His hope is to motivate listeners to pursue their dreams by taking the biggest step toward a brighter future – prioritizing their health. One thing many don’t know about Jay is that he chooses to be sober. Without the influence of drugs or alcohol, Guernon is carving out his own lane in the industry, one anthem at a time. Originally from Arkansas, he was always a big fan of pop music. Now that he’s dabbled in a few different genres, he and feedback from his fans have solidified that pop is the lane where he truly thrives. Always challenging himself to be better, Jay Guernon looks forward to adding “Demon Time” to his batch of feel good, high energy hits that fans have grown to know and love.