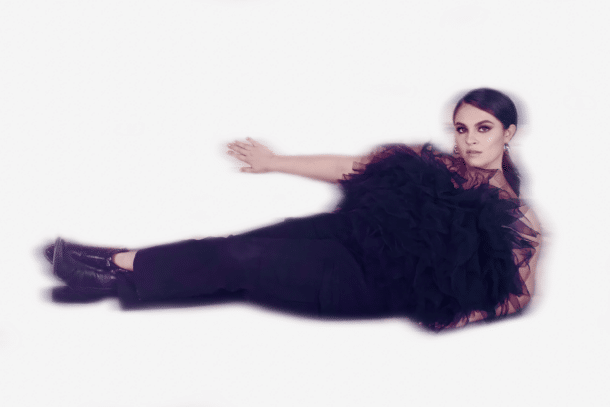 Jillian Rossi – So What [Music Video]

Emerging pop artist Jillian Rossi makes an incredible impact with the release of her newest single “So What”, slated to release on Monday November 16th. Looking to inject a breath of fresh air into the next generation of pop artists, Jillian puts the emphasis back on raw soaring vocals similar to that of a Demi Lovato or Ariana Grande. “So What” is a relatable rally cry meant to uplift and inspire others to stand up for what they believe in despite the challenges they’ve faced in the past.

Co-starring influential TikToker @xobrooklynne, the video piggybacks off of the body positive message that Brooklynne and so many other female influencers endorsed through viral challenges. The challenge received high praises in mainstream press like Buzzfeed and NBC News. Now, Jillian’s music video features even more of the top TikTok Gen Z influencers amounting to a total reach of over 55M+ eyes and ears to promote a much needed message of self-love.

Check out he incredible music video for “So What” here:

The music video begins with Jillian’s storyline, offering a humanized glimpse into her experience and grappling with self-image. Paired with a cool color palette, Jillian’s moments of self-reflection partner seamlessly with modern dancers to illustrate her gripping message for an audience wrestling with self love. The video’s aesthetic has an elegant way of creating a ‘larger than life’ atmosphere.
The emotional new track is meant to spark a trend of positive and encouraging messages in order to combat the negativity found on the internet, specifically related to putting down women’s bodies. With recent figures like Lizzo speaking out about body positivity, the climate is right for a coming together of like-minds and a continuation of progress.

Confidently using her platform to express an enthusiastic writing style and soaring vocals sets a standard not easily recreated. I love this positive message of self acceptance and am excited to promote this artist as she is welcomed with open arms by fans worldwide.