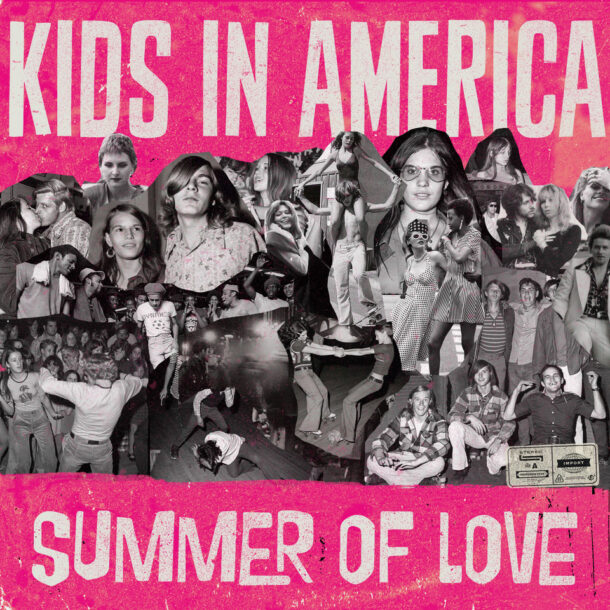 Kids In America – Summer of Love

Equipped with the grooviest of vibes and visions of flower-children galavanting through sun-kissed landscapes, Kids In America crash lands on the scene with debut single “Summer of Love.” Tapping into nostalgic sounds indicative of California in the ‘70s, Kids In America reinterprets the classic Laurel Canyon feel with a modern 2020 twist. The single features guest vocals from the Australian indie rock band The Griswolds and represents Kids In America’s overarching ideology. In their own words,

“We wrote ‘Summer of Love’ on the second day of writing EVER for the band. We really didn’t know what we wanted our sound to be, we were just creating, then we came up with the term ’slacker pop’ as our made up genre and that freed us up to not take things too seriously and it sent us in whatever direction we wanted. After we wrote ‘Summer of Love’ though, we knew we had something we were excited about, and began to refer to the song as our mission statement song. We were both big fans of the band The Griswolds and when the band agreed to feature on our track, and then to hear how great Chris from the band sang it…well, that was a great feeling.”

A strong onset for the budding band, Kids In America establishes a distinct sonic atmosphere and directional concept. Encouraging free love within the framework of dreamy indie rock, “Summer of Love” is the breezy anthem the doctor prescribed weeks ago.

Bumping from the get go, a tap of the foot and a bop of the head are common symptoms. Transitioning into the pre, a chorus of sparkling harmonies ebb and flow, melting away anxiety quicker than a glass of cab and a xanny. With cathartic flair, the hook engrosses the listener entirely, as the band muses over the tantalizing effects of a “summer of love.”

Check out “Summer of Love” below & keep your eyes peeled for more Kids In America in the near future!