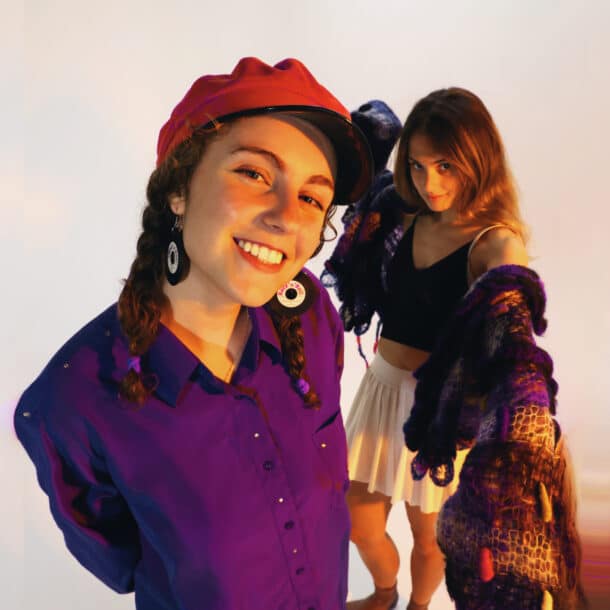 Two of the internet’s most viral sensations, Kinneret and Dev Lemons, pair up for a mind-bending new collab, “Soon You’re Gonna Know.” The colorful music video that accompanies the song is ultra-playful and acts as an ode to her younger self and a beacon to all those who are lost:

“I used to have so little faith in myself – I was insecure about how I looked, how I acted, how I thought… pretty much everything that made me unique. I had no idea how much power and potential my uniqueness gave me! Now, I’m a full-time artist sharing my heart with the world. If only my younger self knew who she’d become! This song is my way of speaking to my younger self, and to anyone who’s in the same difficult place. Before I knew my potential, I was like the Universe before the big bang; a star, desperate to explode. I’m so glad that I exploded into who I am today.” – Kinneret

Dev Lemons joins on the back half of the song as the track shifts double time and adds on an effervescent verse that brightens the track.

The exciting record follows the release of “Wizardry!” – the wonder-filled second single released in anticipation of Kinneret’s forthcoming album.