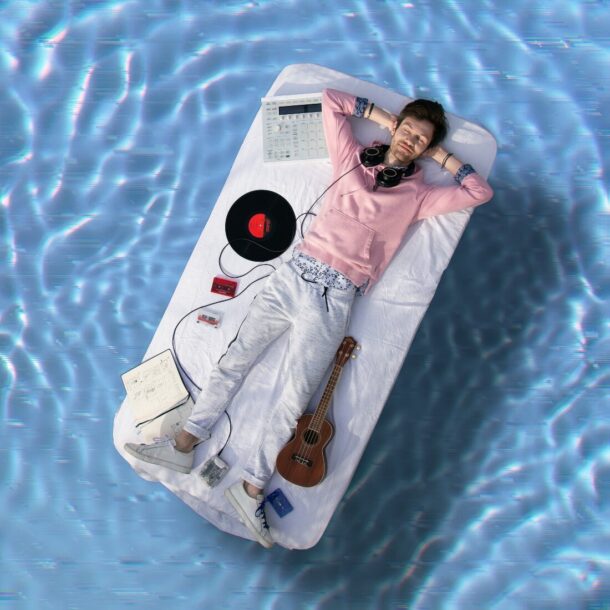 Quick off the heels of his heartfelt single “IDKAT”, Nashville pop artist Kory Shore continues to deliver humanized hits with the release of his new track “Enough”. This fresh guitar based track captures a relatable side of Kory as he grapples with self-criticism and doubt. Bred out of the confines of quarantine, Kory wrestled with stresses of everything crashing down on him at once. Relentlessly hard on himself, he fought time and time again to reach everyone’s expectations which almost always felt far out of reach. Shouldering the weight of the world, Kory dove into his music and wrote a song that many fans are bound to empathize with. Mental health suffered on a mass scale last year and the songs that came out of it display a raw, honest truth that will be revisited and remembered for decades to come.

Kory opens up in the song how his girlfriend was his only true refuge from racing thoughts. Valuing the relaxation time that came with spending nights with her during 2020, he was able to sense the contrast from his chaotic days and thus, took to his pen and paper to write and produce a track to remember.

The Kygo-meets-Jonas Brothers vibe of “Enough” introduces a dual dimension to the track with its moody lyrics yet high energy, groovy production. What can easily be coined a ‘vulnerable summer anthem’, Kory introduces a new energy to match the season while staying true to the strength of his authentic storytelling that we know and love.

Check out the sunny music video for “Enough” HERE:

While he now lives in Nashville, Kory grew up in the suburbs of Philadelphia to a creative and scientific household. At the age of 14, Kory released his first hit “Crying for America” which garnered over 150k views overnight as well as praise from Philly.com, FOX and many more. While it had the support of many, its misinterpretation brought a lot of negative attention from the YouTube community. Death threats and hateful comments flooded the thread. 14 year old Kory decided to step back from the spotlight and took time to focus on his schooling, eventually moving to Nashville to attend Belmont University. After college, he made a brief move to LA to introduce himself to the west coast music scene.

Continuing to grow his roots in Nashville, Kory plans to release several more singles followed by his debut EP to mark the next chapter of his musical career.