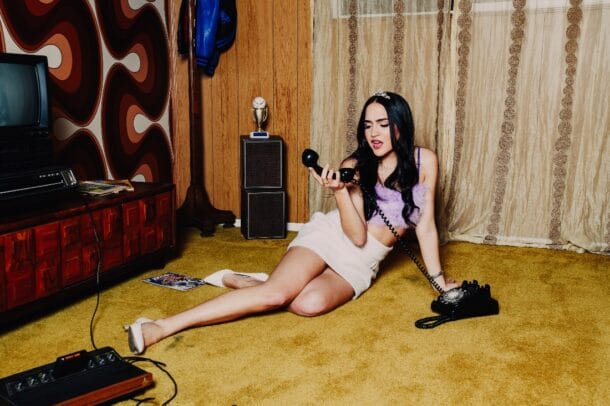 Known for her timeless vocal stylings, indie pop artist Lorelei Marcell kicks off a string of new releases with the first single off of her upcoming EP entitled “Need Me”. Co-written with Sarah McTaggert (Transviolet), Joey Pepe (iann dior), and Adam Genie, the new song confronts feelings that surfaced when she finally grasped the toxicity of a past breakup.

Within the blurry line between toxicity and love, Lorelei reflects on aspects of the breakup that kept her hooked into it and the reasons she eventually had to fully break it off. It was never a question of whether she wanted this person around; in fact, the only thing she loved more than his presence was knowing that he wanted her there too. The feeling of being needed felt good – almost like she was helping to fill the parts of him that were empty.

Powerful lyrics paired with explosive production, the song explores the ways she kept falling for him over and over again. From spending everyday together, making empty promises, hanging with their families to sneaking around, hooking up and fighting with one another, she continued to convince herself that it was a privilege to be in his life, even though he was apparently okay with losing her. In hindsight, even if he did need her, she knows that it would have never been enough. The bittersweet nostalgia is what fuels Lorelei’s music today. “Need Me” is just the first of many upcoming releases that explore the complexities of her recent breakup.

Born outside of Philadelphia, Lorelei was brought up in a suburb of Boston and now resides in Los Angeles, CA. The young pop artist has not only gathered over a million cumulative streams independently but has also drawn the likes of GRAMMY® Award-nominated songwriter JHart [Justin Bieber, Keith Urban, Usher] to her corner. During 2019, she made her debut with “Losing Myself,” amassing 131k Spotify streams and 109K YouTube views. On its heels, the breezy “Summertime High” drew 312K YouTube views. Co-written with Valerie Broussard [Kygo, Galantis], Stefan Lit [One Direction, Andy Grammar], and Shannon McArthur [Dashboard Confessional], “Dreamin About You” maintained her momentum with nearly 300K total on-demand streams. Lorelei’s music continues to defy both era and categorization. Mixing R&B influence with a mainstream indie pop sound, her talents consistently sit front and center and her new single “Need Me” certainly does not disappoint.