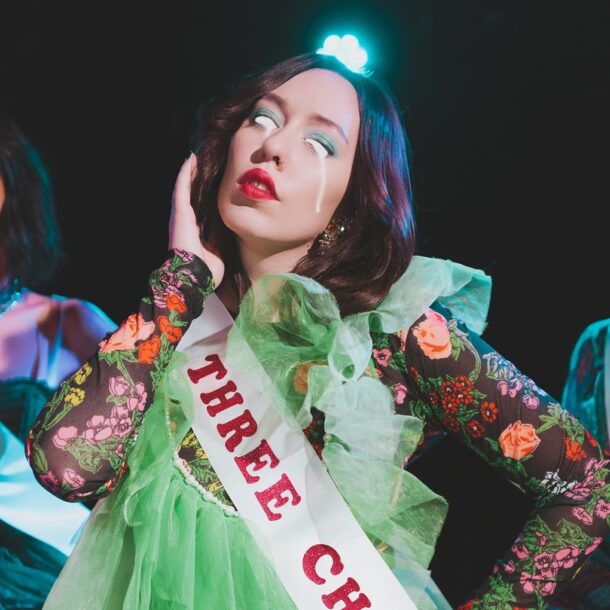 Luna Aura is done putting up with people’s shit on her track “Honey,” the latest single off her upcoming EP “Three Cheers For The American Beauty” which drops on October 2nd.

“Honey” is a brash and bombastic track that is meant to be played at full volume with one’s middle fingers raised firmly in the air- it is a good old fashioned rock n’ roll banger that makes the listener want to put on too much eye makeup and bust out their best air guitars.

Aura grew up listening to 90’s grunge rock goddesses like Shirley Manson from Garbage and Courtney Love from Hole whose influences are evident throughout Aura’s work but especially on “Honey” with it’s anti- authoritarian subject matter.

Of the track, Aura said,

“When I wrote ‘Honey’ I was really writing about how I felt and the rage and the anger that I felt towards essentially American culture. And the different societal pressures that it puts on young women and how it confuses us and makes us feel like we don’t have our own voices to use. And so, this song, in particular ‘Honey,’ is about telling someone to back off, to just let you breathe and give you respect.”

Be sure to check out “Honey” out now on streaming.