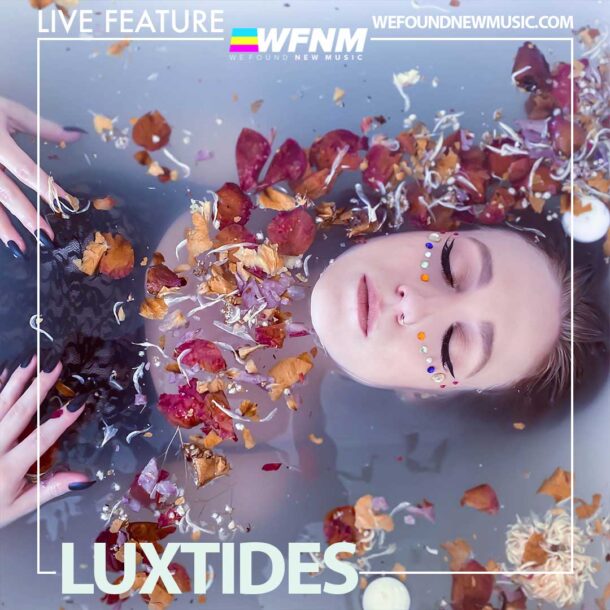 1. Luxtides plans all of her releases according to the moon phases. She just released her EP “Flood Sounds” on the new moon because she wanted to send her first body of work out into the world with fresh energy and intention.
2. Luxtides is a proud pitbull mama of a rescue pup named Bandit. Adopt don’t shop!
3. Luxtides favorite career moment thus far was when Audrina broke up with Justin Bobby (again) to her song “Fragile” on the reboot of The Hills.