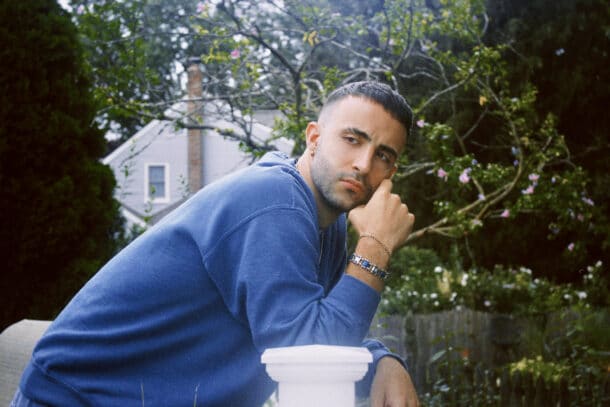 A high energy bop from beginning to end, Mark Borino’s “Headlights” celebrates all of life’s unexpected twists and turns. The new track emphasizes the importance of living in the present moment because in reality, that’s all we really have. After landing his first major label placement on one of the biggest albums of 2021, he rides a strong wave of momentum, understanding that this moment deserves his full, undivided attention.

Co-producing the second track entitled “Papi’s Home” off of Drake’s latest album “Certified Lover Boy”, it’s safe to say that Mark Borino has solidified his stake in the game as a Billboard-charting songwriter (Billboard’s Top 8) and award-winning producer after the record went platinum. Appropriately, “Headlights” channels the energy of having faith in yourself against all odds, which is exactly what Mark continues to set himself out to do.

In late 2021, Mark signed a joint venture, co-publishing deal with Mykah Music and Warner Chappell as a songwriter. Prior to his placement with Drake, his songwriting also recently received the Harold Adamson Lyric Award from ASCAP. Not only is he highly accomplished for his work behind the scenes, but Mark has also released over 30 original tracks which were all written, produced, mixed and mastered in-house under his own record label House of Rivero.

To date, his music has garnered millions of streams and “Headlights” certainly does not disappoint. In his new track, we hear evidence of Mark’s versatility and impressive ability to capture individuality after having collaborated with so many notable artists across all genres.