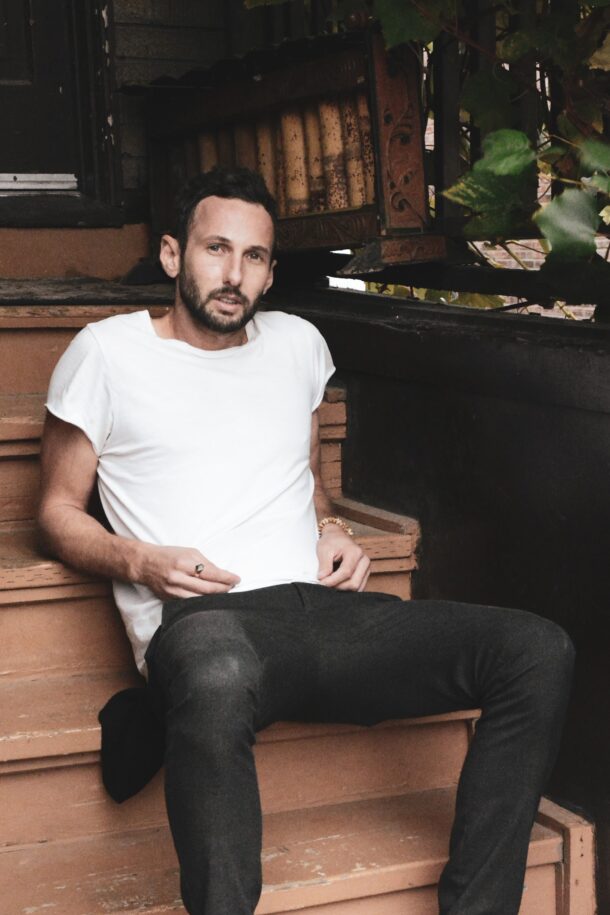 Multi-faceted artist, Matt Cohen, aka ‘‘matty co.’ gears up to release his debut single entitled “Won’t Do” on all streaming platforms. To the alt-rock community, you may know matty from his involvement in Los Angeles’ NEW LANGUAGE and as a touring member of Teenage Wrist (Epitaph Records) and Holy Wars (Version iii), but it isn’t until now that he is stepping into the spotlight with the launch of this artist highly anticipated project that has been teased over the last year. Inspired by the growing intensity of our political and social environment, matty’s powerful alt-rock hit resonates on a deeper level as we’re introduced to his solo sounds for the very first time. Off the heels of an impressive streak of internet virality, matty co. recently made his presence known with a comedic moment on TikTok, which was covered in every publication from The Daily Dot to Celebrity’s Buzz. In the video, he shared a satirical cease and desist letter that was claimed to have been sent by Coldplay, saying that he stole their popular song “Clocks”. Notable pop artist Oliver Tree reacted by posting his own take on the trend, claiming that Lil Nas X was suing him for stealing the timeless track “Old Town Road” (view TMZ’s coverage here). The skit’s intention was to create conversation on the subject at hand, generate a rabbit hole of internet sleuths (which it did), and ultimately kickstart the TikTok account as a strategic launchpad. While “Won’t Do” is matty’s solo debut, it is definitely not his first rodeo in the wild wild west that is the music industry.

His desire to call out toxic situations and rid himself of them applies a personal struggle to the greater situation our society has been facing since the height of 2020. Having seen history repeat itself one too many times, matty encourages fans to take a step back and acknowledge that what we’re doing right now is not cutting it – in other words, it just simply “won’t do”. While verse one was inspired by a very toxic personal situation in a work setting, verse two evolves into an acute awareness of the turbulence our political climate has caused. The song builds naturally both musically and lyrically as we follow rising crescendos and matty’s inviting vocal delivery, encouraging listeners to dance the tension away from beginning to end.

Here’s what matty co. had to say about his debut release:

“I think we can all remember where we were in the beginning of 2020 as the world came to a sudden halt. The feelings we felt, the sights we were seeing. It was uneasy and uncertain. For the first time at least in my lifetime, there was a universal experience that could have been met with empathy and unification but instead spiraled into division, anger, and anxiety.

The lyrics of “Won’t Do” began on the first page of the journal that I kept during the pandemic. It’s self-explanatory and applicable. This was the first song I recorded as a solo artist and it feels only natural for it to be the first released.” – matty co.

Check out the visualizer for the powerful new track HERE:

The Los Angeles-based artist’s ‘matty co.’’ project is the direct result of creative chapters ending and a new one beginning. A southern California native, matty has been playing and touring with his own groups since before he can remember, but it isn’t until now that he has stepped into the spotlight on his own. With a rock background, matty co’s music finds itself as a fluid journey between rock alternative, alt-pop, electronic, and indie-pop. matty’s bands have received high praises from Revolver, Buzz Bands LA, Loudwire, Alt Press as well as notable playlist placements with Spotify’s New Noise, Rock This, Totally Alt and All New Rock. Inspired by society’s general theme of uncertainty, we can expect several new hits from matty as he processes new relationships, old relationships dwindling, and ultimately a personal journal now being archived through this music.