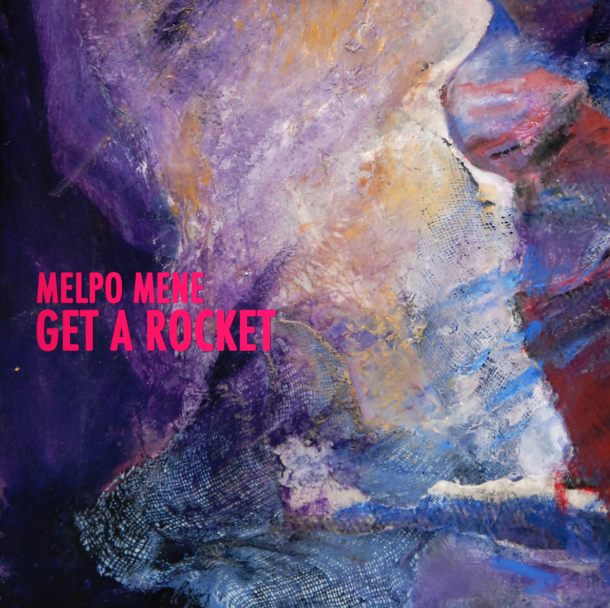 Melpo Mene – Get A Rocket

In describing his new music, Melpo had this to say:

“Imagine kids in a classroom. It’s a special event day, and there’s a basket of treats on the teacher’s desk. The teacher says, “Ok kids, whooo waaants caaaandy?” … and a miniature war breaks out. “Me, me, me!!”

In a situation like this, one or two of the kids will not fight for a treat. Instead, they will fall into their first existential depression, asking themselves, “what treat is worth war?” They see their friends’ personalities turn on a switch, and they feel unsafe. Even when later on there’s a safe and peaceful way to obtain a treat from the basket, it’s still not worth it somehow.

For some ten year olds, getting a tiny sample of human nature can be a major buzzkill. The music of Melpo Mene doesn’t fight for treats. Melpo is a beta-being rolling around in gentleness and sensitivity, well aware that it’s possibly the worst weapon of choice in war and media, (or is it?). I enjoy writing music from a helicopter perspective about the general human experience. I don’t usually write to latch on to current debates.

Like stick figure drawings on the wall of a cave, I imagine my music capturing the basic experience for someone to maybe accidentally find in the future. Themes of love, grass being greener by the other cave, dreams, secrets, free will, death, art, suffering, hypocrisy, curiosity, and humor are after all what life is about behind whatever is hanging in front of your eyes. If the music of Melpo would be tied to the current chaos we live in, I would want it to be a musical version of Rodney King’s quote, “Can we all get along, can we get along?””

We here at We Found New Music have been fans of Melpo Mene for a long time, and are so excited that he has decided to grace us in 2020 with new music. This Swedish creator’s new song, “Get A Rocket,” follows in the tradition of his past excellency in melodic indie rock while pushing into new boundaries of introspective songwriting through exploring the limits of humanity. This new single is a gentle jab towards scriptures, asking the question, if someone is going to heaven, shouldn’t we get a rocket rather than dig a hole?