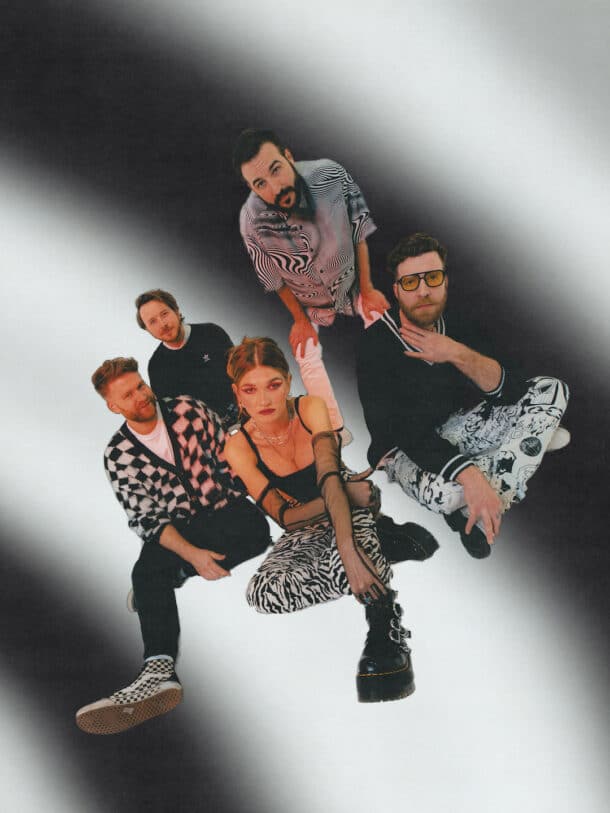 MisterWives drop confessional visuals for “Where Do We Go From Here?”

Platinum band MisterWives just released their beautifully introspective and poignant new visuals for “Where Do We Go From Here?”, which explores a deeply personal narrative centered around themes of loss, regret, and insecurity.

In “Where Do We Go From Here?”, MisterWives taps into uncomfortable emotions, processing your inner darkness, and ultimately accepting your authentic self entirely, knowing that the value you create is not dependent on opinions of others. Mandy of the band further confides, “Crash landing into Where do we go from here? We get to explore the world of anxiety, fear, paranoia, doubt and the shapeshifting that occurs when trust is lost and the complexities that come from not feeling good enough take over. We got to play out the depths of these emotions in neo-noir influence with our dream director, Dano Cerny who helped harness the frantic panic and lurking darkness that chases you when you feel unsure about your worthiness.  It was such a fun experience visually pushing ourselves into new territory that amplified the song through the disguises of Molly, Maxi and Marilyn-their alter personalities gave glimpses of the coping mechanisms and inner battles happening when trying to change yourself for the love and approval of others. Spoiler alert- fuck that.” Featuring raw lyricism and a glistening indie pop melody, the song is the ultimate anthem of finding your self-worth.

The accompanying visuals for  “Where Do We Go From Here?” portray Mandy playing multiple characters and tortured from not being herself, further emphasizing the damaging game of changing who we really are to fit other’s needs and wants. Shot through a vintage lens with clever costume design and props, the video is wickedly entertaining, despite the darker undertones.

MisterWives most recently played Central Park Summerstage and BottleRock. The band just launched their own label Resilient Little Records and partnered with PhotoFinish Records/Virgin Music for their most recent singles “Easy” and “Where Do We Go From Here?”.