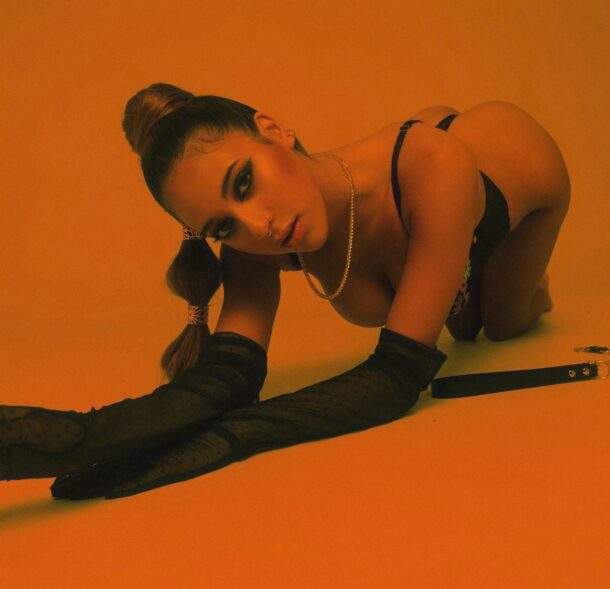 Nobody puts Natasha Aponte in a box. The LA-based pop artist embraces vulnerability and the freedom to be exactly who she wants to be in her dynamic new single “FREE”.

“FREE” is a welcoming call to fans into her dream world, where she wears her heart on her sleeve to inspire listeners to do the same. Motivated by the restrictive boundaries that record labels and executives laid out for her, “FREE” refuses to accept any level of minimization and instead, fully embraces creative freedom as she ambitiously celebrates her strengths and imperfections.

Here’s what the confident songstress had to say about her single:

“The one thing I want everyone to take away from this song, is that self-love and vulnerability will grant you freedom. Don’t let anyone put you in a box and tell you how to feel about YOU.”

Best known for her social media experiment where Natasha tricked 1,000 men on Tinder into meeting her for a date in order to raise awareness toward how people treat each other on dating apps, Natasha’s name is no stranger to many. During this, Natasha held a “dating competition” that gained international attention from Good Morning America, CBS News, Buzzfeed, Newsweek and more. The controversial stunt took place in New York City’s Union Square; garnering mixed emotions, her newsworthy efforts put her on the map as more than an artist, but a recognized public figure.

While she is now LA-based, Natasha grew up in a Brooklyn-based Dominican and Puerto Rican household. Listening to artists like Prince, Mark Anthony, Whitney Houston and more, music was everywhere when she was a kid. That soulfulness was the leading influence in creating her own sound in order to encompass her diverse history and experiences.

Coming from a professional acting and classically trained background, her unique set of experience guided her through the composition and production of “FREE”. With her music, Natasha wants to help create a fantasy where the world can melt away; introducing a peaceful escape for her and her fans. And with songs like ‘FREE” she and the rest of the world are encouraged to perform at our very best – because that is when we are truly ourselves.