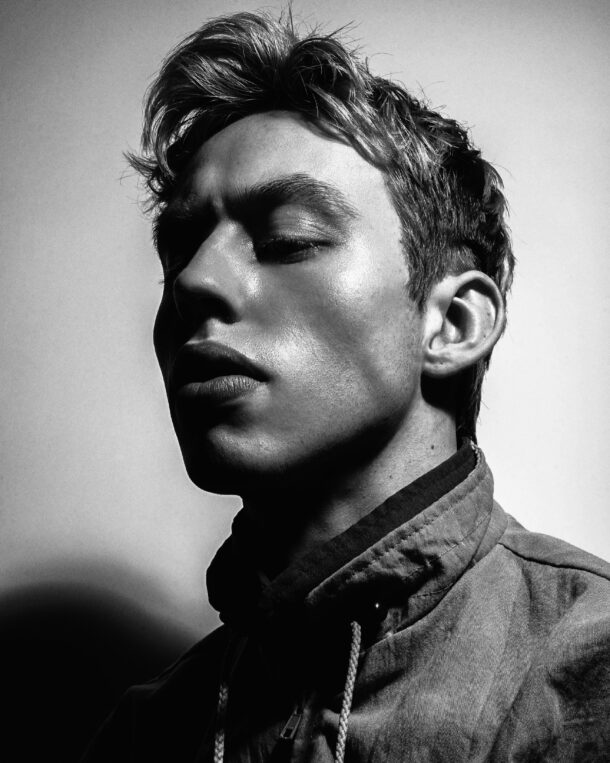 You may not know his name yet, but you’ll want to remember it now. Meet Haiden, the 20-year-old Californian with quite the host of stories to tell, and just the moody sound to do so. Though breaking out in the entertainment industry as a professional male model, his recent entry into the music space is anything but new. Already a longtime songwriter since his childhood, Haiden is now backed with the perfect production and self-curated star power to put his art out into the world with a unique flair. Welcome to the world of “Unless.”

Haiden’s second single to be released, “Unless,” tells a patently warped sort of story– from a one-sided perspective with even more confidence than it has falsetto vocals. Though initially written through the eyes of his ex, Haiden’s lyrical flair makes it clear this is his story to tell, as he laments the end of a relationship with an overwhelming tone of “through no fault of my own.”

What the character lacks in accountability, Haiden more than makes up for with intrigue. “I love songs that drop you in the middle of the battlefield and let you figure out what’s happening as you go,” Haiden explains. “It’s so rare to feel something clearly and without question. Most emotions, especially those associated with change, are clouded by denial or bitterness. In ‘Unless,’ you’re introduced to the characters through a one-sided conversation, immediately making it hard to trust the narrator because you don’t know the other person’s side.”

Set over a stripped down, Latin backing and distorted electronic synths, Haiden breathes a curiously relatable saltiness into something so seductive your ears will crave more.

Catch up with Haiden on socials or listen to more. Check out the lyrics to Unless below!