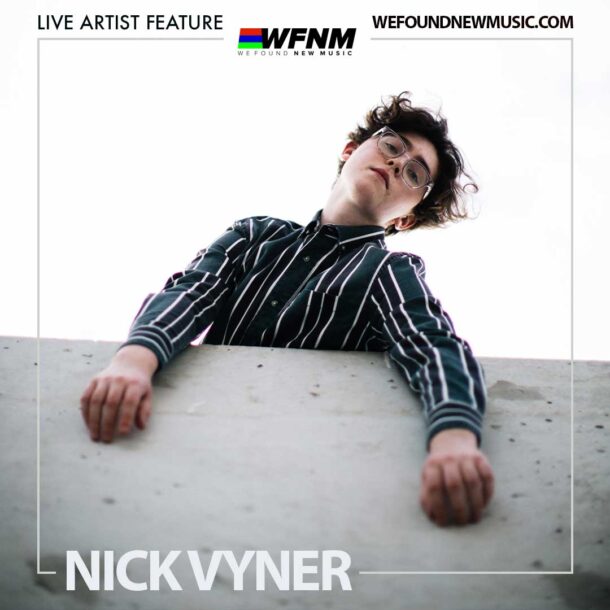 Nick Vyner is our featured artist, performing an acoustic version of his single, “Tracing”.

Nick shared three facts about himself:

1. 5 of his 7 parking tickets in the past year are from the exact same parking meter in Sherman Oaks, CA.
2. After high school, Nick chose to forgo his admission to Berklee College of Music and moved to Los Angeles where he’s been creating a body of work and refining his sound.
3. Nick is inspired by modern artists, Lorde and Frank Ocean, as well as icons, such as Fleetwood Mac and Stevie Wonder.
4. Nick received national recognition as both a 2017 Grammy Camp Vocal Performance Alum and a 2018 National YoungArts Foundation Winner in Popular Voice.