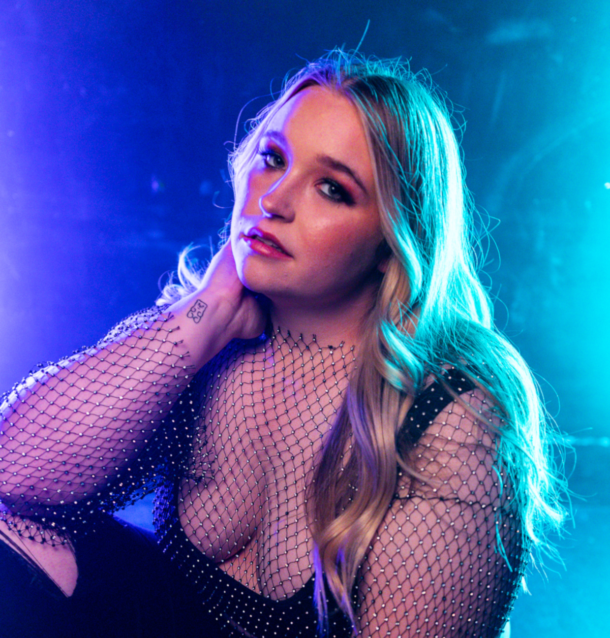 Peyton Gilliland caught you with the Devil’s Daughter

Devil’s Daughter is the latest release from Peyton Gilliland, this time featuring R&B Powerhouse Josh Nichols. THis is a song produced by Lincoln Parish, founding member of “Cage The Elephant” and who has been a true believer helping Peyton explore and develop her potential for some time.

The song grabs you from the start with tense music that makes you feel like you’re in the middle of a suspenseful movie, hinting at some bloody horror elements made more explicit in the music video.
Next, Peyton develops the story of a lost and old-fashioned innocence, monsters and bad habits of the past that have ended up turning this person into a dark human being who has also learned to hurt and is now, the titular Devil’s Daughter.

Musically, Peyton keeps Devil’s Daughter in the realm of pop-rock that has earned her some good times in her budding-yet-successful career. The video maintains a dramatic staging in shades of red and with a halo of mystery that goes perfectly with the general aesthetic and horror elements of the song.

To this day, Peyton travels at high speed in the industry. She accumulates hundreds of thousands of reproductions on Spotify, including two songs named as finalists in the famous John Lennon International Songwriting Contest. Gilliland’s work blends pop and rock, with a harmony that knows how to reach listeners right where they are. Parrish’s guitar is a constant feature, as is Blink 182’s Casey Twist’s bass work.

Gilliland grew up singing in church, but she was always an avowed fan of rock music: Cage the Elephant, Arctic Monkeys, etc. Luckily for her, a few years ago, at age 15, she linked up with former Cage member Lincoln Parish, who has become her mentor, producer, and biggest supporter. A serious reminder that dreams can come true.

Playing live is one of the things that she enjoys the most. “I guess I shed my shell at that show,” she says of the first concert she attended with a full band. “When I walked offstage, I was like, ‘Wow, now I understand why people love doing this so much!'” Today she is an empowered artist who does not stop working. “This last year I have taken much more ownership of my career and my art,” she says. “I have a lot of big ideas that I really want to put out there.”