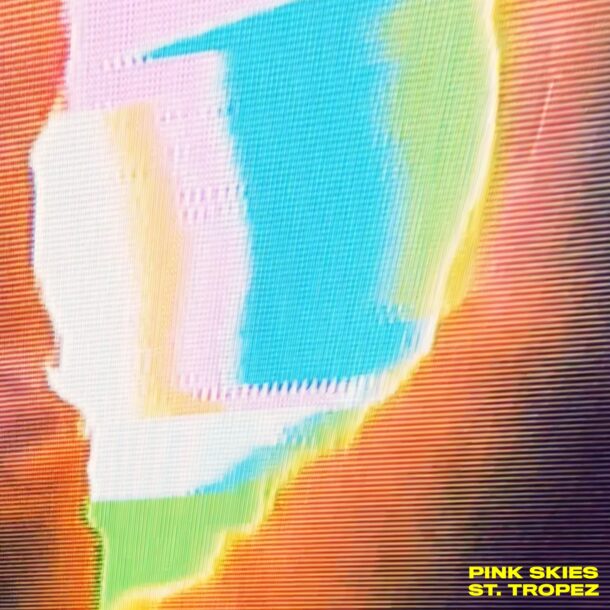 Pink Skies debut album, SPECTRA, will be released June 12, 2020. We are loving the new direction of their music, with a larger sound and more versatile style, for those who love Tame Impala and Toro Y Moi. Born and raised in Oakland, California, Arieh Berl grew up playing in punk and indie bands around the Bay Area, while also learning how to record and produce his own music. Fast forward a few years to 2017 when the right combination of soul searching, experimenting with psychedelics and moving to Los Angeles birthed the Pink Skies project.

“This song is about being hung up on something I used to care about and not really being able to let it go; Berl says, “Sometimes you just want to get over someone or something so badly – and for a minute you think that you have – but then all of a sudden that person or thing sneaks back into your head right when you least expect it, maybe when you’re feeling really vulnerable. ‘St. Tropez’ is kind of an attempt to run away into a different world where nothing is real. I didn’t really think the song would make it onto the album, but I’m glad it did. It feels like a glue for the whole album. Like cosmic jelly.”