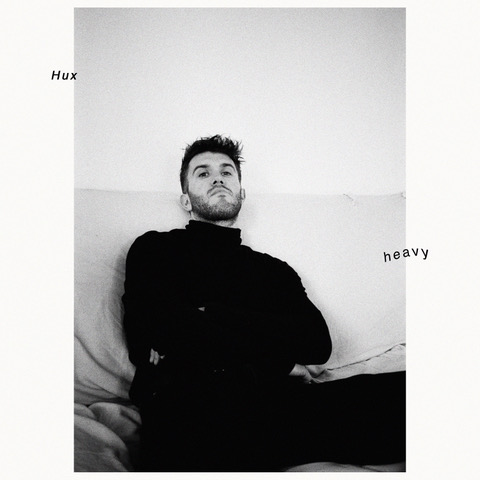 You should know that Hux is the first person I’ve ever heard of to get a record deal and move out of LA. It shows that this little slice of heaven we consider a little sector of paradise is actually a shite-hole that we’d be better off abandoning for comfortable Nashville horizons. More on that shite-hole later.

Related, Hux says Heavy “is about never really being able to escape from your past. No matter how hard you try to change, there’s always something that creeps back in. It illustrates the emotional roller coaster that many people go through. Whether it’d be stress, anxiety, or depression that leads into different forms of self medication. Life can just leave you feeling heavy sometimes.”

The song. Ah! The song! Hux, the song, describe it.

If this song were a body part, it would be a ribcage. There’s sharp sticky-stabby bones aka deep, cutting lyricisms that tell of a consummate struggle with cheap thrills. There’s thick rib-slash-torso meat. That’s the instrumental track. The whole track—let’s describe it as…minimal, simultaneously big and still intimate. Would reference 21 Pilots for an immediate touchstone although Hux feels like if the Chainsmokers and Post Malone had adopted a 15-year-old son that started a band with one of the members of Band Of Horses who was on an urban production kick. Overall, the ribcage is a chunk of body that protects your organs and keeps you alive and musically I feel like this is a good ribcage for the premiere of Hux’s public career.

I highly recommend listening to this song alone in your car as the ideal way to intake this song requires solitude and reflection. So get in your car and drive around LA and maybe I’ll see you in Nashville one day… or at the Hi Hat on 12/11. Meet me there and we’ll investigate this rising talent and maybe hear some unreleased songs. Moody yet vibrant. Looking forward to following the rise of Hux!

Orly was the first baby to be born in a blimp. He loves to write, surf, and think about the day he gets two Holstein cattle a Bernese Mountain dog and a little black cat as pets.
6 months ago in Blog
HUX
Newsletter