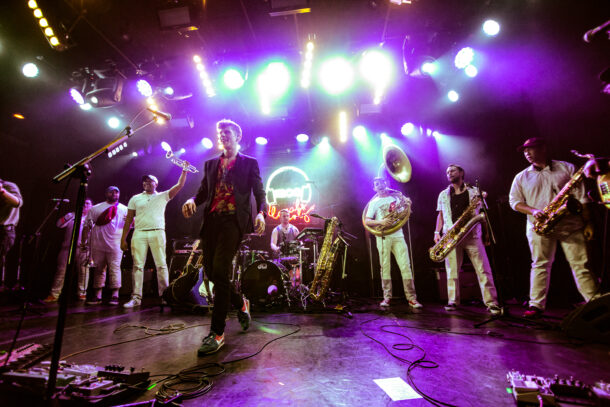 Over the past year Trapdoor Social has become one of the most-buzzed about bands around Los Angeles. This is no small part to the addition of horn sections that compliment the vast talents of multi-instrumentalist front man Skylar Funk. (And yes that’s his actually family name). Having marched in his Kirkland, Washington high school band, Skylar has been wanting to incorporate more horns into the band’s music and it was his idea to cover the Nina Simone 60’s hit “Feeling Good”. It’s a pretty well-known tune, having been recorded in the past by the likes of Muse and has now become a highlight of Trapdoor Social’s live shows with its sizzling New Orleans horns. Skylar recruited the Top Shelf Brass Band to be the band’s main horn section for shows around LA and they’re featured in this video. The song got outstanding reactions during Trapdoor Social’s European tour with the B-52’s last summer. A full-length album will be dropping in the next few months.

As Skylar wrote, “I know there are lots of people struggling in this strange time. Whether you’ve lost work, connection to community, or someone you love, our hearts go out to you. We felt kinda weird releasing something called “Feeling Good” when so many people certainly AREN’T… but we decided if there’s a chance our music can lift up someone’s spirit, it’s worth a shot. If this is a dark time for you, I hope you feel Nina Simone singing through me and empowering you to feel your best. You got this. We love you!!”

Trapdoor Social joins us for a very special live streaming concert as part of a full lineup of the best local artists, one night only, Thursday night, May 20th! Lineup also includes Holy Wars, Ships Have Sailed, Velvet Starlings and many more! Full lineup can be found here. 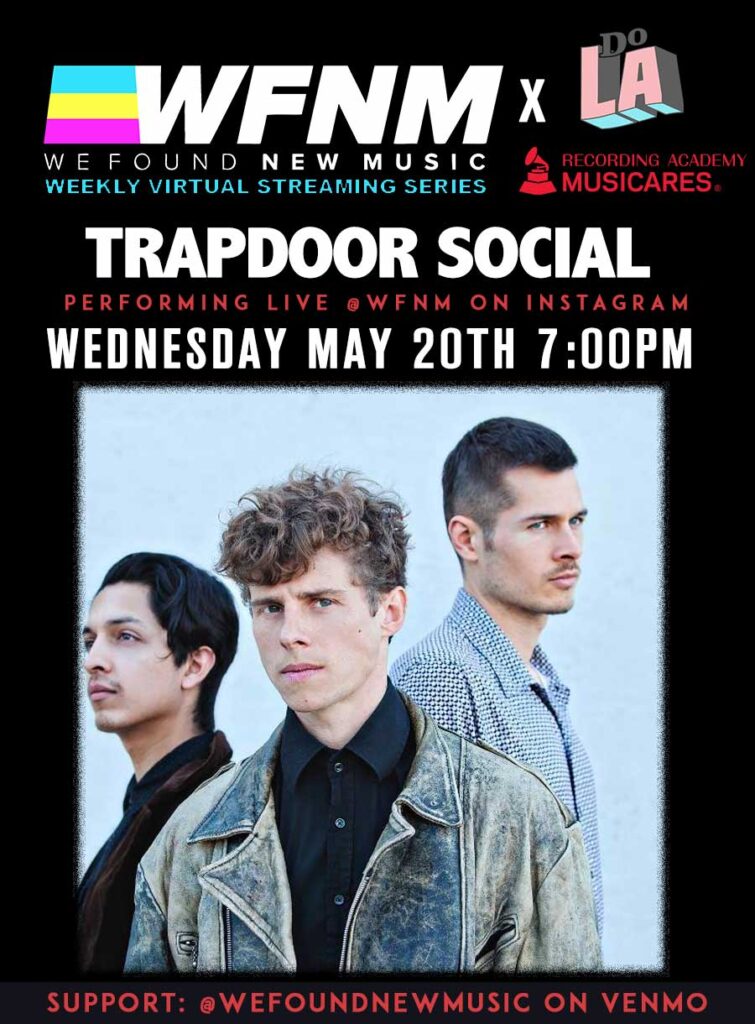